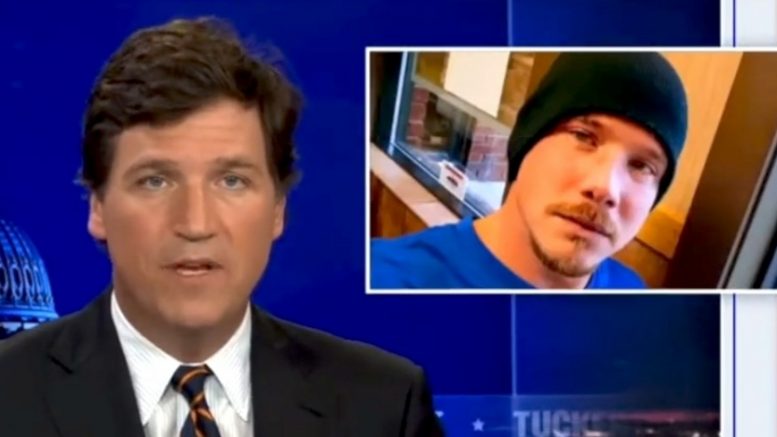 On Wednesday, Fox News hostTucker Carlson summed up details that came out at Kyle Rittenhouse’s trial over the course of this week involving one of the men killed during the Kenosha riot in 2020.

“Records reveal Joseph Rosenbaum, who was shot in the head and killed by Kyle Rittenhouse in Kenosha… molested five boys,” according to Kenosha Reporter.

“Per documents from the Superior Court of Arizona in Pima County, the crimes for which Kyle Rittenhouse’s 1st attacker, Joseph Don Rosenbaum, was imprisoned and made to register as a sex offender involved the molestation and rape of five separate boys between the ages of 9 and 11,” Trevor Sutcliffe tweeted.

Tucker stated as follows during his Wednesday night program:

This week, the [Rittenhouse] trial confirmed exactly what happened and here are the facts of it. A convicted child rapist called Joseph Rosenbaum was released from a mental hospital. And then went directly to join the mob that was burning downtown Kenosha.

Tucker says: "Joseph Rosenbaum died as he had lived, trying to touch an unwilling minor." pic.twitter.com/FMDX0eTMxg

Here are some more related clips from Tucker’s program:

When legitimate authorities refused to do their sworn duties someone will step in and fill the vacuum. pic.twitter.com/zIOtEu6mb6

The prosecutor tried to make the case Kyle Rittenhouse must be guilty because he exercised his constitutional right to stay silent after he was arrested. pic.twitter.com/oKY1W8gT7T

The judge in this case seems pretty well fed up with all of the shenanigans. pic.twitter.com/JRJ5k4qGot

Ellison Implies Sexual Assault Victims Prefer Social Workers, Not Police After Attacked, Don Jr. Reacts: “No One Will Be Safe”