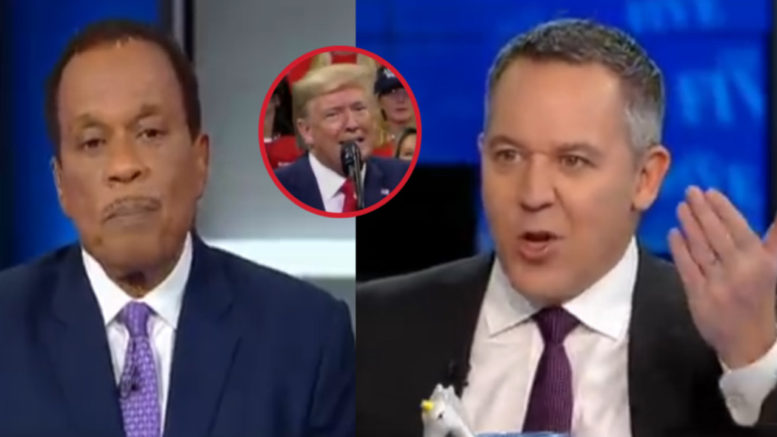 “Where’s Hunter?” President Trump asked during his Thursday rally. “Hunter, you’re a loser! Why did you get 1.5 dollars, Hunter? … And your father was never considered smart, he was never considered a good Senator. He was only a good Vice President becuase he understood how to kiss Barack Obama’s ass! The Bidens got rich rich, … while America got robbed. Sleepy Joe and his friends sold out America.”

As Jesse Watters put it during the segment, Juan Williams gave his “dark and gloomy” anaylsis of the President’s remarks of the rally, while Greg Gutfeld on the other hand, praised President Trump and put into perspective the reason why people like the way the President is straightforward.

“I think it’s pretty clear from that attack last night that there’s only one Democrat that [Trump] is concerned with and that’s Joe Biden. … His actions and his words, everything from Ukraine and those unsubstantiated theories, to this, show that he is really worried about Joe Biden. … Joe Biden and his son have been found guilty on zero,” Williams added.

Greg Gutfeld, however, repsonded with a little more spunk: “Big surprise, I don’t feel the same as Juan does. I find it interesting when people are shocked by Donald Trump. It’s [been] three years, okay? That’s a Trump rally, you gotta get over it. I mean, you’re like the guy that opens up the fridge, knows that the milk is sour, and you still sniff it. [And then you say] ‘Oh my God! The milk is sour!’ That’s how Trump is, and the by the way, you act like this is somehow new in general. This is how the left, how Democrats have talked about people privately, how they’ve demeaned us… [and] America.” (Continued Below)

“This guy is just taking what’s inside and taking it outside. Somebody smarter than me looks at this and says ‘Oh my God! This isn’t normal.’ Well you’re right, it isn’t normal. That’s why he won. Because that’s not the typical politican. You can hate him, you can hate him every single day. It’s not gonna change,” Gutfeld continued.

“Their impeachment is gonna turn Trump into a Revolutionary to a lot of people in a positive way that will create a movement. So, they gotta understand that is is going to actually help Trump when you see the energy that has, and then you compare it to Biden at the Town Hall at CNN. Here you have Trump talking clearly, saying exactly what he’s thinking. And see you Biden sounding like he’s reading from a “Readers Digest” magazine 5 years ago, that he found on the train,” Gutfeld added. (Video Below)