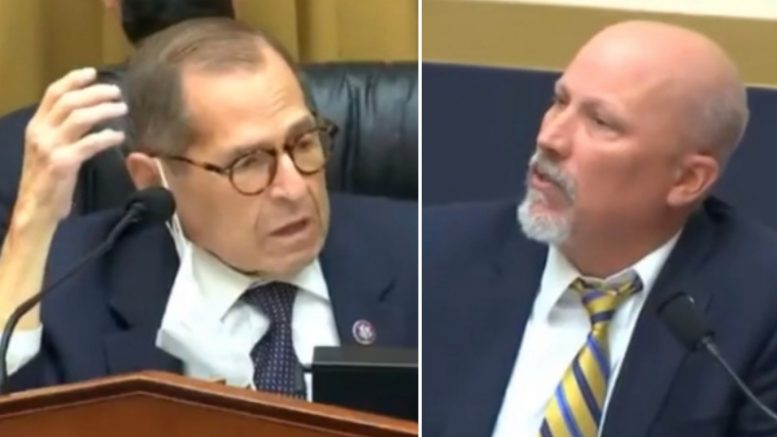 While debating gun control at a House Judiciary Committee hearing on Wednesday, Congressman Chip Roy (R-TX) taught a Constitutional lesson to Chairman Jerry Nadler (D-NY) over the importance of the Second Amendment as it applies to to firearms, including semi-automatic weapons.

“You said that you could use a semi-automatic weapons to fight tyranny… You mean you’d use it against American troops?” Nadler asked.

He continued: “Let’s rewind the clock a little bit as I know at least several justices have written in Supreme Court decisions… about what life looked like in the 19th century and what the government was doing to remove the ability of either slave owners, more importantly free Blacks, or importantly Whites who even stood up in defense of Blacks or against slavery and the efforts of the South and the efforts by the strong arm of government to remove their ability to have firearms.”

“That is an absolute, undeniable, documented historic fact in our country,” Roy added before providing more information to back up his claim. Video Below