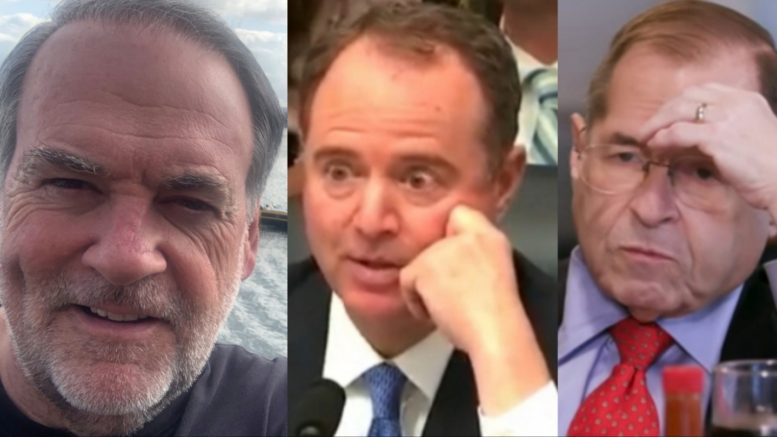 Mike Huckabee has been having the time of his life while traveling in the Baltics with former Senator Rick Santorum.

During his vacation, Huckabee has continuously been posting pictures of himself at various sites with humorous politically related captions.

For instance, when visiting Russia, Mike tweeted a selfie that was captioned, “Arrived in St Petersburg Russia. Was going to arrive on a horse & shirtless but didn’t want to over excite the Russian women.”

On the same day, he tweeted a picture of him and his wife having dinner with Santorum and his spouse that was captioned:

“Enjoyed dinner on Baltic Sea with [Janet Huckabee] & dear friends Rick and Karen Santorum. Note to media-we are not here to collude but to see if we can get the uranium back that Hillary sold. We told Vlad we could be more flexible after the election.”

While in Visby, Sweden, Huckabee tweeted a picture of himself that read, “Took selfie at ruins in Visby, Sweden today but despite reports from CNN I was NOT responsible for the places getting ruined. I think Russians did it.”

As the tweets kept rolling in, his followers must have wondered why he seemed so shaggy and unshaven, which he promptly addressed in classic fashion.

Huckabee tweeted another selfie that he captioned, “Been asked about the facial hair while overseas. Trying to stay anonymous so the Russians don’t turn me over to Adam the Schiff or “Jerry-Jerry quite Contrary” Nadler. Whadda U think? Keep the beard and let it grow?”

Wow! Schiff & Nadler are on a Congressional vacation, but Huckabee is not giving them a break!

In ending, we leave you with Huckabee’s photo upload of a Russian restaurant called “The Idiot.”

Rep. Reschenthaler: “I Would Prosecute Schiff For Abuse Of Power…& The Democrats For Obstruction”