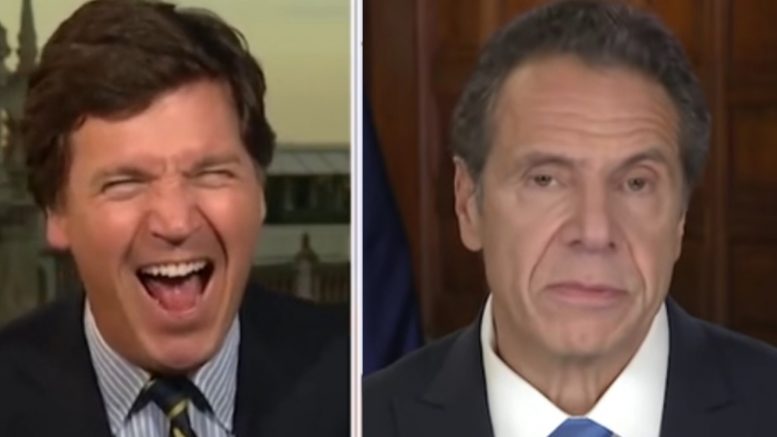 Tucker Carlson couldn’t help but burst out laughing after reading a part of the New York Attorney General’s report regarding their independent investigation into alleged sexual misconduct by Gov. Andrew Cuomo.

The Fox host highlighted a section of the report that detailed a moment that the New York governor allegedly made a sexual remark about the Emmy statue that he received in November of 2020.

“The AG’s report also found that Governor Cuomo appeared to be sexually attracted to his Emmy statue. How’s that for weird?” Cuomo said before reading the following excerpt from the report:

Two witnesses … recounted that during a meeting, the Governor looked at his Emmy statue, which he had won in November of 2020 and put in his Albany office and something to the effect of, ‘look at her figure. Isn’t she buxom?'”

Buxom is an adjective defined as “(of a woman) plump, especially with large breasts” or “having a large bosom and pleasing curves.”

“He’s a total creep, I mean for real,” Tucker said after laughing hysterically. Video Below