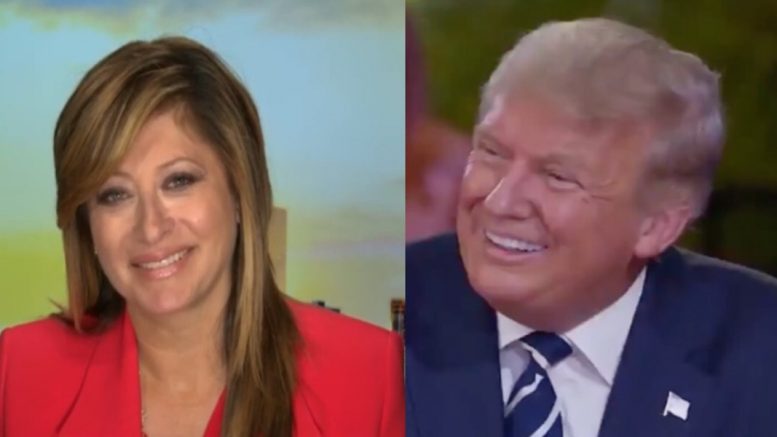 The Commander in Chief is set to join Fox Business’ Maria Bartiromo on Sunday for an exclusive interview at 10 a.m. ET on Fox News’ “Sunday Morning Futures.”

The interview will be the president’s first since Election Day and the weeks of legal challenges from the Trump campaign in battleground states alleging voter fraud that followed, as reported by Fox Business.

President Donald Trump has yet to concede the 2020 election in the wake of establishment media reporting Joe Biden as the winner.

The president, on Friday, announced on Twitter that Biden must “prove” the votes he received in the election were not “illegally obtained” in order to “enter the White House”.

“Biden can only enter the White House as President if he can prove that his ridiculous ‘80,000,000 votes’ were not fraudulently or illegally obtained. When you see what happened in Detroit, Atlanta, Philadelphia & Milwaukee, massive voter fraud, he’s got a big unsolvable problem!” Trump declared. Continued Below

The president also noted on Friday:

In another tweet on Saturday, President Trump referenced the recount in two Wisconsin counties where his campaign had paid $3 million for a partial recount in Dane and Milwaukee counties. Milwaukee County completed its recount, reportedly increasing Biden’s lead in by 132 votes. Dane County is expected to finish counting on Sunday.

Even though the recount increased Biden’s lead minimally, the president’s tweet portrays that he is unfazed. He wrote that it was “not about finding mistakes in the count” but rather “people who have voted illegally” and that his team would present evidence of illegal votes on Monday or Tuesday after the recount is completed.

“Specific allegations were made, and we have massive proof, in the Pennsylvania case. Some people just don’t want to see it. They want nothing to do with saving our Country. Sad,” he also tweeted.

According to the Associated Press, Biden reportedly defeated President Trump with a margin of 81,660 votes, but during his tweets on Saturday, the president indicated that he was challenging many more than that, Newsweek reported.

He also said that he planned to appeal. “Fraud and illegality ARE a big part of the case. Documents being completed. We will appeal,” the president said.

(Related: Hillary Clinton On The 2020 Election: “Joe Biden Should Not Concede Under Any Circumstances”)