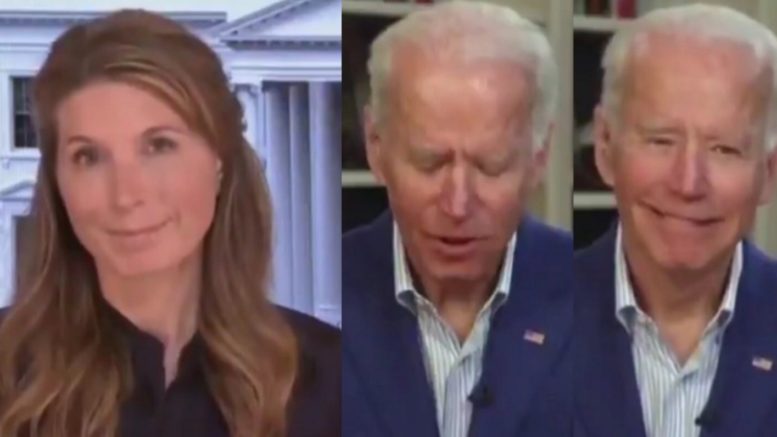 During the interview, however, Biden took jabs at President Trump, then awkwardly backtracked to say: “That’s a stupid way of saying it”.

“That’s a stupid way of saying it. I really wish he’d– sorry,” Biden apologized, then looked down, which prompted Wallace to say, “Go ahead.”

Wallace agreed with Biden, laughed, and responded: “It feels that way,” which then prompted an awkward silence before the MSNBC host shifted to another question. (Video Below)

Throughout the day, Biden made rounds to ABC’s “The View”, and CNN also. Here a clip put together by a Twitter user Tom Elliott:

On ABC’s “The View”, Joe Biden was asked if the cure for the coronavirus could become worse than the problem itself.

“We have to take care of the cure, that will make the problem worse no matter what,” Biden replied.

On Tuesday, the Trump campaign released a timeline of the administration’s decisive actions, which can be read HERE.