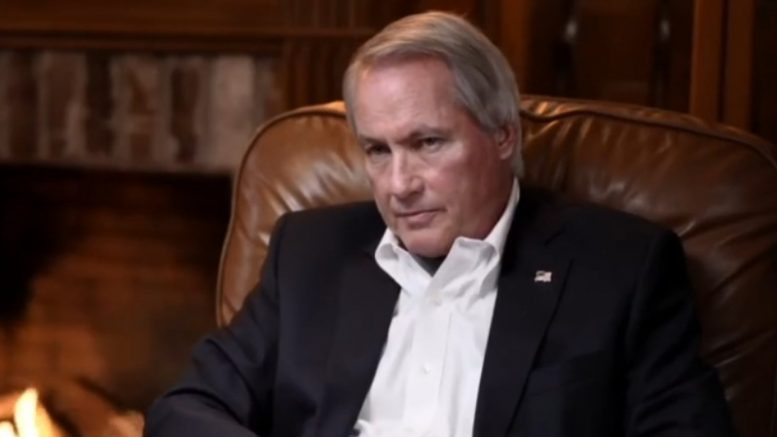 Lin Wood reacted to a new report claiming over 7,700 ballots in Cobb County, Georgia are missing legal tabulation records from scanners used in the 2020 election.

Georgia elections activist and gubernatorial candidate Dr. Kandiss Taylor recently reported that she and a team of audit volunteers discovered 168,922 advanced votes in Cobb County have no chain of custody. Even more alarming, Taylor went on to allege that tabulator tapes have turned up missing in two advanced voting precincts where 7705 ballots were cast.

As reported by the Gateway Pundit, Kandiss Taylor stated as follows:

Part of the authorized procedure for closing a precinct for advanced early voting or election day voting is to print the tabulation tapes from each ballot scanner. These scanners are the ones the voters use to scan their ballots produced from the ballot marking device (BMD). These tabulator tapes from the ballot scanner are an exact tally of the total number of votes from scanned ballots by all voters in that precinct. The tabulator tapes are the only legal record of our votes cast that are requested by the Superior Court in each county for safekeeping. The tapes are to be sent to the Clerk of the Superior Court, as soon as possible, after the ballot scanner is closed. These tabulator tapes are a hardcopy source document of the computer memory card and reflect the information that is electronically conveyed through the voting system.

These tapes, along with the memory cards, are used in the process to certify an election at the county level and how the Secretary of State certifies, which leads to the  Governor’s formal certification of the election. However, the Cobb County Elections Director has failed to supply the missing tabulation tapes from two advanced voting precincts that support the election certification results to the auditing team. Because this Election Director has already overwritten the memory cards, the missing tabulation tapes cannot be recreated. Therefore, there are 7,705 votes missing.

The Cobb County Election Summary Report, when examined and compared to the tabulation tapes, shows the  7,319 missing votes from advance voting but NOT the 386 votes missing from election day, for a total of 7,705  missing votes in the county. When questioned about the missing votes, the Director of Elections could not reproduce the tabulator tape information from the Secretary of State’s website, and therefore, had to call in a  Dominion technician to open the central tabulation server at the Cobb County office to retrieve to the missing vote count. However, that information, when submitted to the audit group was insufficient and was missing pertinent information from the tabulation tapes. Also, this is not a substitution for the official tabulator count of total votes.  The chain of custody in this process by the director calls into question the validity of the missing 7,705 votes.

The previous finding of the missing chain of custody of 168,922 ballots and missing tabulation tapes for 7,705  ballots shows that proper election procedure is not being followed in counties such as Cobb County.

In response to the latest discovery made in Georgia, high-profile attorney Lin Wood released the following statement:

The November 2020 election in Georgia was unlawful because it followed new rules set out in a Consent Agreement between GA Secretary of State Brad “Jordy” Raffensperger and the GA Democratic Party, a/k/a “the Party of Stacey Abrams.”

This agreement was NOT approved or adopted by the Georgia legislature, an undisputed violation of black letter, well-established federal election law.

The evidence is also overwhelming that the November 2020 election in Georgia was fraudulent.

Remember the suitcases of ballots pulled out from under the table in Fulton County? Plus much more Fulton fraud.

And we have not even gotten to DeKalb, Gwinnett, Chatham, etc. counties.

There MUST be a full forensic audit of the Georgia November 2020 election.