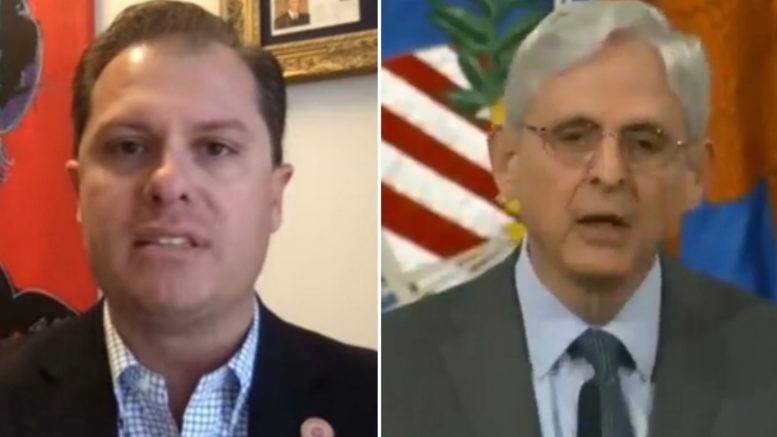 Arizona state representative Jake Hoffman had a stern message for the Biden Administration when it comes to ‘oversight and control’ of elections in the Copper State: “Stay the hell out of our way.”

Rep. Hoffman issued a statement specifically targeting Biden’s Department of Justice after Attorney General Merrick Garland on Friday claimed the department would scrutinize “post-election audits to ensure they abide by federal statutory requirements to protect election records and avoid the intimidation of voters,” a clear reference to the forensic audit being conducted for Maricopa County, Arizona.

JUST IN – Attorney General Merrick Garland announces that the Justice Department will scrutinize any post-election audits for evidence of voting law violations. pic.twitter.com/asXkJtXzby

In response, Rep. Hoffman issued the following statement on Telegram:

“Arizona is positioned to lead the nation in protecting our citizens’ civil right to free, fair and secure elections.

“Integrity in our elections doesn’t benefit one political party over another; election integrity benefits every single voter regardless of political party, race, gender or income. Period.

“The Department of Justice’s recent decision to publicly target Arizona lawmakers for excercising our constitutional authority over elections is an abhorrent abuse of power and a starkly accurate representation of the disgusting politicization that has occurred within this federal institution.

“Let us, as Arizona lawmakers, be very clear with the Biden Administration and its minions: The Constitution of the United States expressley authorizes our legislative oversight and control of elections. Stay the hell out of our way.” See Below