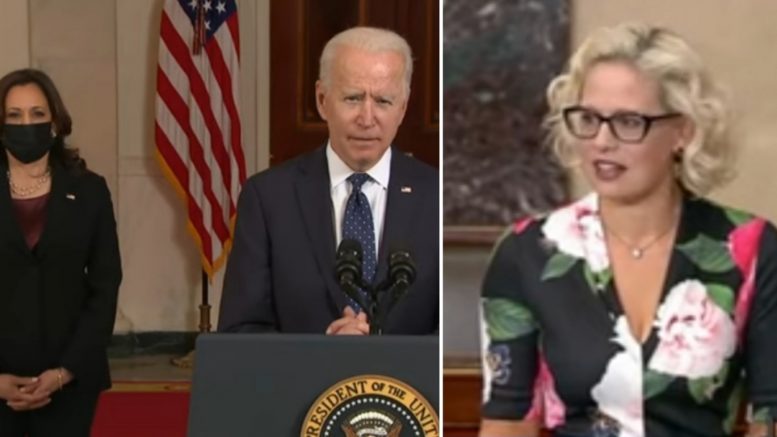 Senator Kyrsten Sinema (D-AZ) is ready for the Biden administration to take “bold action” at the Southern border, where she admitted there “is a crisis” taking place.

The Democrat senator made the assertions on Thursday while appearing for an interview on KTAR News 92.3 FM’s The Mike Broomhead Show.

“What I’m waiting for is the administration to take bold action to actually address these concerns,” Sinema is heard telling Mike Broomhead.

Sen. Sinema went on to say, “The reality is that this is a crisis. We all know it and the federal government must do more to address this surge of migrants who are coming to the border with increasing numbers each year.”

“We’re looking at numbers this year that are the highest numbers of crossings that we’ve seen in twenty years in Arizona,” she added.

Here is an extended 8 minute clip of Sen. Sinema’s interview:

Gov. Noem Responds After Maddow & Seattle Mayor Rebuff Her RNC Speech: “Where Was Mayor Durkan When CHOP Or CHAZ Took Over Her City?”