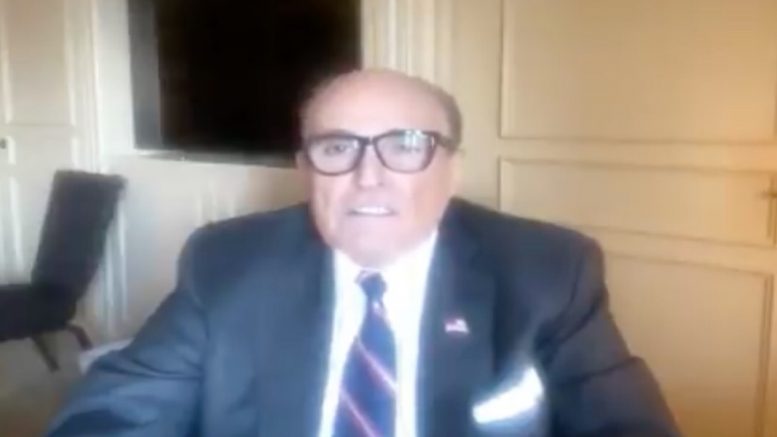 Attorney Jackie Pick showed video of poll workers leaving while four people stayed behind, continuing to count ballots in private. Another video clip also showed what appeared to be suitcases filled with alleged ballots, which were pulled out from under a table, as previously reported by The Freedom Times.

Following the video footage, Giuliani told the the representatives, “To me, Georgia stands out in a way and will always stand out in posterity in regards to this election, because you have the … thing that’s going to live after this election no matter what, and that is the video tape that proves that anyone who says that fraud has been debunked or there is no fraud, is just plain blind or lying.”

“You have live from Atlanta. You’ve got voter fraud right in front of people’s eyes– blatant, clear, obvious– you have to be a fool to ignore it or worse,” he added.

“This is a horrible crime that’s been committed against the American people. Georgia has probably the piece of the most dramatic evidence. … Has anybody subpoenaed these people??” the former New York City mayor later asked of suspicious activity. Video Below

Mr. Giuliani went on to say: