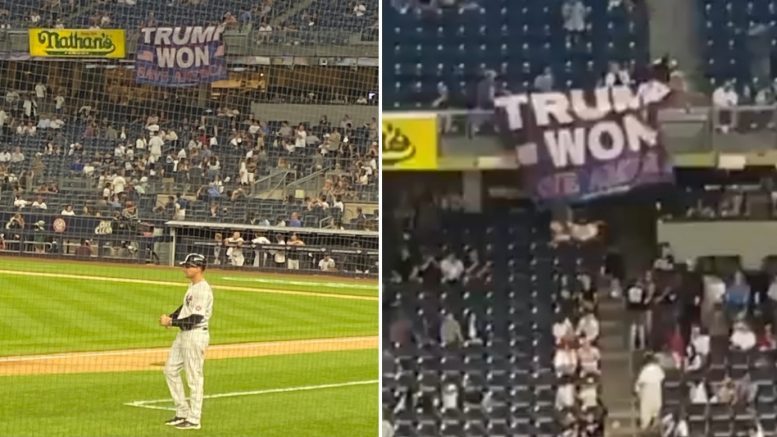 A large banner reading “TRUMP WON” and “SAVE AMERICA” was unleashed by two baseball fans at Yankees Stadium on Thursday.

The situation unfolded as the New York Yankees were facing off against the Toronto Blue Jays in the Bronx, where Joe Biden has tremendous support.

Boos rang out after the banner was unfolded:

Here are some other angles:

Security eventually forced the two patrons to remove the banner and reportedly escorted them out of the ball park:

Sounded like the entire crowd was booing until security confiscated the banner, which then resulted in a loud cheer. pic.twitter.com/m56kjgkJ9W

Another angle. Security stepped in, removed the banner, and reportedly escorted the fans out of the stadium.