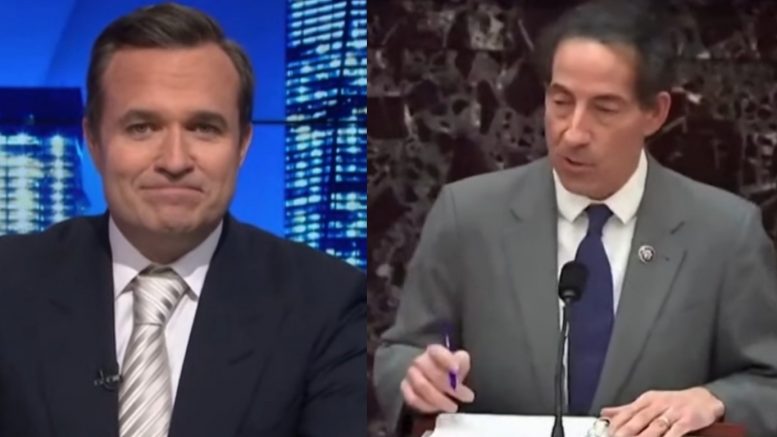 Newsmax host Greg Kelly was much more enthusiastic on Friday after President Trump’s defense team was finally able to get a turn to refute oral arguments and so-called ‘evidence’ that was presented by House impeachment managers over the first three days of the Senate trial.

“The impeachment trial that never should have started is not over, but at least it’s getting good for our side because — boy, oh boy — they’re calling out the hypocrisy,” Greg Kelly proclaimed at the opening of his commentary on Friday titled “The REAL Evidence.”

Related Article: Dershowitz: “All Lawyers For Former President Trump Redeemed Themselves — I Think They Have Won”

Kelly presented a compilation of videos that were unleashed by Trump’s legal team during Friday’s impeachment proceedings that were among some of the most explosive evidence rolled out as part of the former President’s defense.

The videos exposed double standards of some of the many Democrats who, in turn, have insisted that President Trump is responsible for inciting violence at the Capitol Building on January 6th.

“Great stuff — hypocrisy is totally exposed,” Kelly declared as he rolled the clips. Video Below