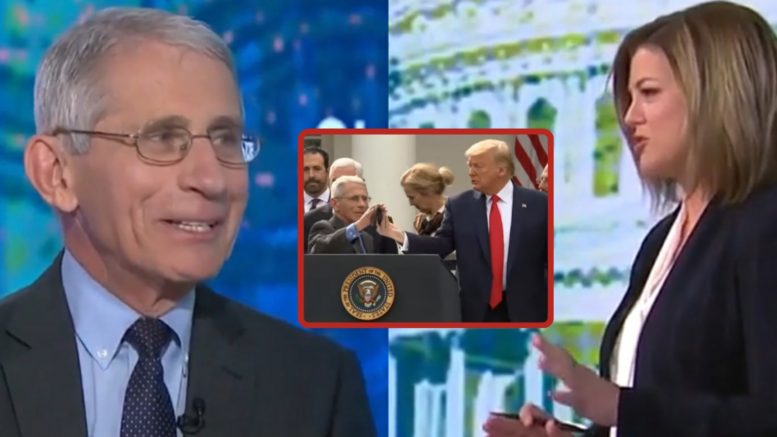 The media went into a frenzy after the press conference, where they questioned why leaders were not practicing health guidelines that help prevent the spread respiratory illnesses, as they were seen shaking hands and sharing the same microphone.

Related Article: Jason Chaffetz On Critics Of Trump’s Coronavirus Strategy: “There’s A Reason Why The Death Toll & Those Infected Is So Much Smaller” Than Other Countries

“I want you to take a look at this picture,” Keiler said to Dr. Fauci. “You actually touched the same podium. I’m sure you’ve seen this — same microphone as the president and other CEOs even at the same time.”

In his reply, Dr. Fauci said, “The picture you showed about the microphone. Let’s get real here. I mean, there are certain things that you have to do.” Video Below

Dr. Fauci argued that if he left the microphone where it was after President Trump spoke, you wouldn’t have been able to see his face since Trump is much taller than him.

“My putting my two fingers to get the microphone down isn’t that bad. So, I don’t think we should make something of that,” he said.

Dr. Fauci then suggested that he would like to see people doing elbow bumps as opposed to shaking hands during these times. Video Below