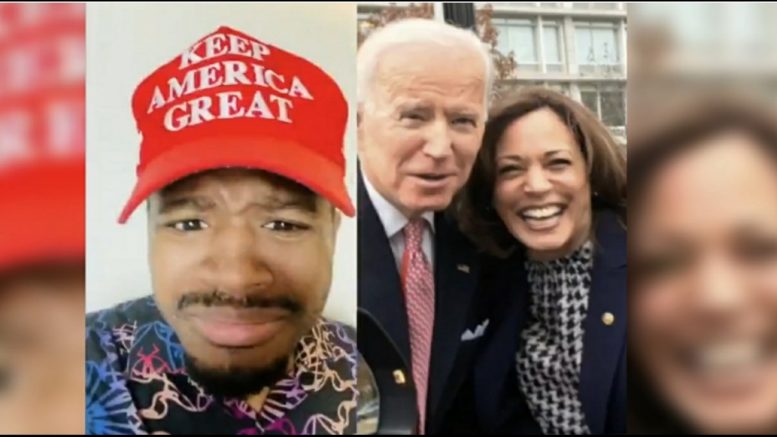 Terrence Williams sounded off after discovering who Joe Biden picked as his running mate for the 2020 election.

In response, Terrence Williams uploaded a video where he blasted Biden for choosing Kamala only because of the color of her skin, without taking into account her past and overall poor likeability that was indicated by the Democratic primaries.

“So why did he pick Kamala? Because she is black,” he reiterated. “And that’s the worst thing you can do is pick somebody because of the color of their skin.”

“But, we do know this: Joe Biden is a straight-up racist. And the only reason he picked Kamala is to save the black vote,” he continued. “…And black people don’t even care about Kamala Harris. If black people love Kamala, guess what? She would have been number one in the primaries. But guess what? She wasn’t cause don’t nobody like Kamala.” Video Below

Biden’s decision to pick Kamala as his running mate also drew ire from Candace Owens, who issued an epic slamdown.

All jokes aside— I respect @JoeBiden for finding a Vice Presidential mate that locked up *almost* as many black men as he did. #KamalaHarris

Bill Maher Says He’s ‘Hoping For A Recession’ To Get Rid Of President Trump: ‘It’s Worth It’