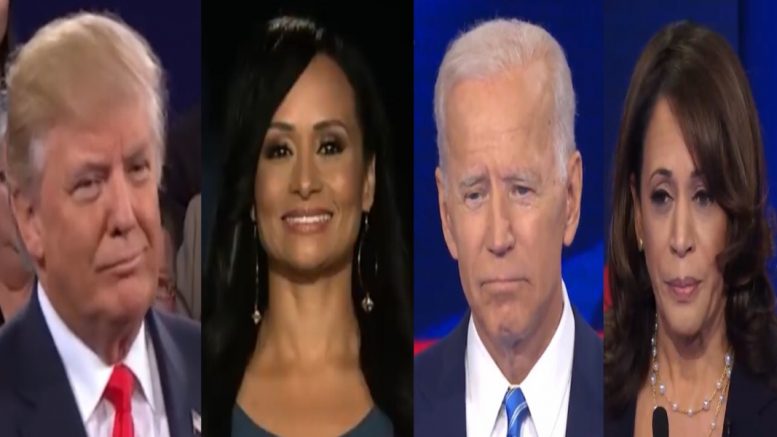 “I have the great honor to announce that I’ve picked @KamalaHarris— a fearless fighter for the little guy, and one of the country’s finest public servants — as my running mate. Back when Kamala was Attorney General, she worked closely with Beau. I watched as they took on the big banks, lifted up working people, and protected women and kids from abuse. I was proud then, and I’m proud now to have her as my partner in this campaign,” Joe Biden tweeted on Tuesday.

The video claims that Kamala Harris’ Democratic primary campaign saw her “rushing to the radical left,” by embracing Bernie Sanders’ Medicare-For-All platform, calling for trillions of dollars worth of new taxes, and attacking Biden himself for his past statements on race.

“Voters rejected Harris. They smartly spotted a phony,” the ad continues. “But not that Joe Biden. He’s not that smart. Biden called himself a transition candidate. He is handing over the reigns to Kamala while they jointly embrace the radical left.

The video ends by saying “Slow Joe and Phony Kamala” are “perfect together,” but “wrong for America.” Video Below

“Not long ago, Kamala Harris called Joe Biden a racist and asked for an apology she never received. Clearly, Phony Kamala will abandon her own morals, as well as try to bury her record as a prosecutor, in order to appease the anti-police extremists controlling the Democrat Party.

In her failed attempt at running for president, Kamala Harris gleefully embraced the left’s radical manifesto, calling for trillions of dollars in new taxes and backing Bernie Sanders’ government takeover of healthcare. She is proof that Joe Biden is an empty shell being filled with the extreme agenda of the radicals on the left.

“Joe Biden is no moderate, and with Harris as his ‘political living will,’ he is surrendering control of our nation to the radical mob with promises to raise taxes, cut police funding, kill energy jobs, open our borders, and appease socialist dictators. At the ballot box, Americans will resoundingly reject the abysmal failures of Biden-Harris in favor of the America First strength of President Donald Trump and Vice President Mike Pence.”

Kamala responded on Twitter Tuesday writing: “I’m honored to join him as our party’s nominee for Vice President, and do what it takes to make him our Commander-in-Chief.”

.@JoeBiden can unify the American people because he's spent his life fighting for us. And as president, he'll build an America that lives up to our ideals.

I'm honored to join him as our party's nominee for Vice President, and do what it takes to make him our Commander-in-Chief.

Last July, during the second Democratic debate, Rep. Tulsi Gabbard (D-HI) pulled skeletons out of Sen. Kamala Harris’ closet when she slammed the Democratic Senator for her record on criminal justice while she was California’s Attorney General, listing instances of which she was concerned.

(Related: Don Jr. Gets The Last Laugh After Triggering Kamala For Cackling At Her Own Jokes: ‘A Joke Is Your Entire Campaign’)