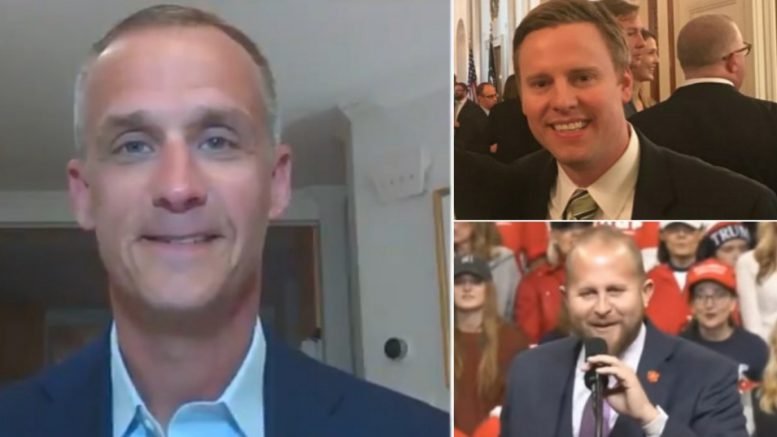 Cory Lewandowski reacted to the so-called “big shake-up” that happened within the Trump campaign just days ago.

On Wedneaday night, President Trump replaced Brad Parscale with Bill Stepien as the new campaign manager. Parscale will remain on the campaign as a senior advisor, where he will re-assume control of digital operations.

While the media is considering the shake-up as a sign that things aren’t going well for the Trump campaign, Judge Jeanine Pirro reminded her viewers that there were a total of three different campaign managers for Trump in 2016 before the President ultimately pulled off the surprise upset victory over Hillary Clinton.

Corey Lewandowski, who was one of the three campaign managers in 2016, weighed in on the implications behind Parscale being replaced.

“This is just the media’s over-reaction once again. The difference here is Brad Parscale who we all recognize as a digital expert — someone who built the campaign’s digital operation in 2016 is now refocused on that in 2020,” Lewandowki told Judge Jeanine.

He continued, “Stepien, who was part of our team in 2016, was serving as the deputy campaign manager, is overseeing the day-to-day operations. He is a phenomenal tactician. He understands strategy at the state-based level. He’s gonna focus on the grassroots activities, which is what’s going to propel this President to victory with the help of Brad Parscale. So, this isn’t a major shake-up, unlike what the press wants to report.”

Then in reference to the 2016 leadership shake-ups, Corey said, “It worked out very well for candidate Trump in 2016. It’s gonna work out even better for President Trump in 2020.”

“There’s a long time in this race. We’ve got over 108 days to go right now. There’s a lot of things, including Joe Biden is still hiding in his basement. So, once he comes out, the race is gonna start,” he proclaimed.

“Once we start the debates and Donald Trump destroys Joe Biden on that debate stage, the American public will see just how strong this President continues to be,” Lewandowski concluded. Video Below

Related Article: Fresh Off His Testimony, Corey Lewandowski Unveils The Only ‘Crime’ Trump Is Guilty Of: ‘He’s Guilty Of Putting America First’