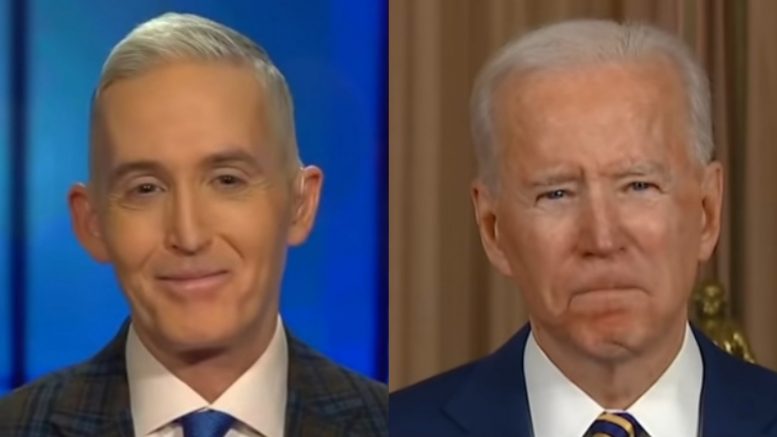 Trey Gowdy slammed Joe Biden on Friday for appearing to abandon the push for unity that he called for soon after being sworn in as the 46th President of the United States.

Mr. Gowdy – a former U.S. Congressman — cited a number examples showing that Washington, D.C. is far from being unified, including the Senate being split 50-50 on a number of amendments, President Biden slamming former Secretary of State Mike Pompeo’s foreign policy, Vice President Kamala Harris pressuring Democrat Senators to get in line with the Biden Administration’s COVID relief package.

But among the most obvious examples of divisiveness is the fact that Democrats are moving forward with a trial to convict President Trump of a single article of impeachment when they know that there aren’t enough votes to make it happen.

“Unity is defined as a state of oneness — a state of being joined as a whole. The Senate is 50-50, the House is almost equally divided. That doesn’t sound like oneness to me,” he continued.

“…I mean, if you’re serious about unity, stop looking for the 50-50 issues and focus on those things for which there is a consensus!” Gowdy exclaimed. “We want this virus defeated, we want jobs, we want economic opportunity, we want our children to be educated, we want to be safe.”

“Americans would rather see a sermon than hear a sermon. So why don’t we start there? Practice what you preach. Now that would really be unifying,” he declared. Video Below