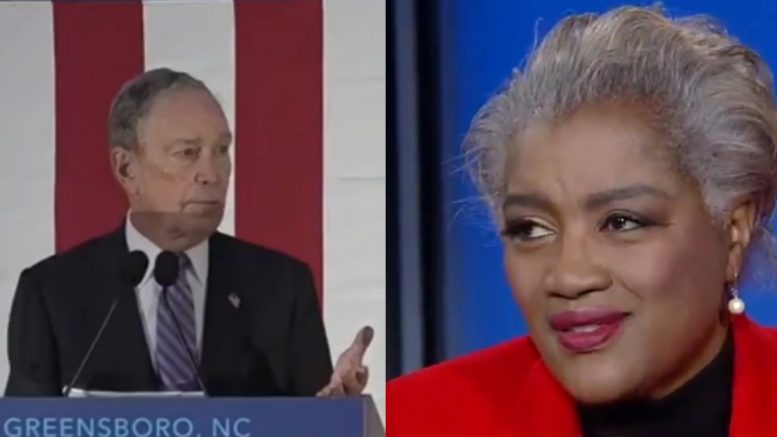 While joining other panelists Fox News Sunday with Chris Wallace, Democrat political strategist Donna Brazile indicated that she is “extremely dismayed” and “very uncomfortable” with the record of Democratic presidential candidate Michael Bloomberg.

Related Article: Michael Bloomberg Claims His Campaign Is “Scaring The Living Hell” Out Of President Trump

In her remarks, Brazile suggested Bloomberg’s long history of sexist comments and his connection to the unconstitutional “stop-and-frisk” program will be “extremely” damaging to his presidential bid.

“Look, I think there are many people in the Democratic Party who are looking at Mr. Bloomberg because he has the resources to take on President Trump, but the question in my judgement is his record,” Brazile said.

“I mean, I am uncomfortable with his policies in New York,” Brazile continued. “I understand he’s apologized. I get that. I’m for forgiveness, but I am extremely dismayed at the information I read over the weekend about his sexist — the sexist work environment.”

She added, “It’s one thing to have this so-called top law enforcement policy, ‘stop-and-frisk’ — it was ruled unconstitutional. And it has taken him years to say ‘I’m sorry about that.'”

“He has the resources, but I am very uncomfortable with his record,” Brazile declared. Video Below