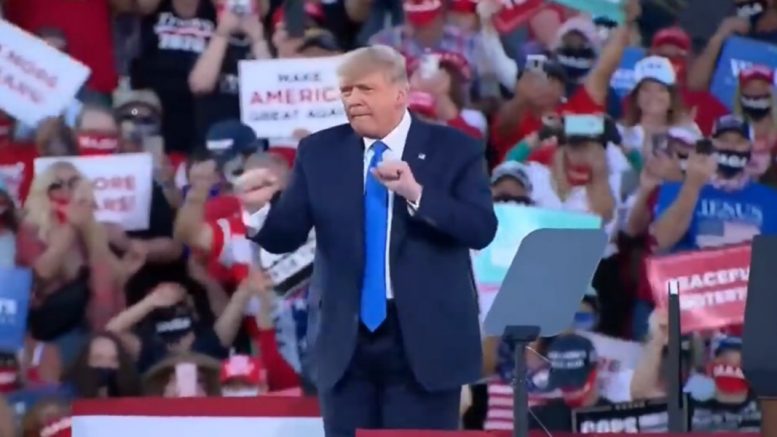 The 45th President issued a series of statements Tuesday morning via “From the Desk of Donald J. Trump” in regards to the 2020 November general election, telling Americans, “The Election was stolen (and Rigged!)” and to “Stay tuned!”

Trumps remarks come as a forensic audit is currently being conducted for Maricopa County, Arizona over the election. On Monday he predicted more swing states will also proceed with forensic audits, saying, “Georgia (where a Judge just granted a motion to unseal and inspect ballots from the 2020 Election), Michigan, Pennsylvania, and more to follow”.

“Crazy Joe Scarborough and his blood-curdling, psycho wife (?), Mika, are going crazy because their ratings have absolutely TANKED. They are wrong too often and always predictable. They were right about me in 2016, but I did better in the 2020 Election with 12 million more votes. Stay tuned!” former President Donald Trump declared.

Trump’s blistering remark of the MSNBC hosts came after Joe Scarborough claimed that the United States has three parties, one of which being “insurrectionists.”

“We have three parties in America now: We have the Republican party, we have the Democratic party and we have the Insurrectionist party,” Scarborough alleged.

In another statement, the 45th President weighed in on the Arizona forensic audit, expressing that the State Senators are doing a “great job” as Americans are “watching”.

“Arizona Republican State Senators are engendering such tremendous respect, even adoration, for the great job they are doing on the Forensic Audit of the 2020 Presidential Election Scam,” he said. “Our Country is watching as early public reports are indicating a disaster, far greater than anyone had thought possible, for Arizona voters.”

Trump was possibly referring to databases that were allegedly “deleted” from election equipment before being handed over to auditors. However, Ben Cotton, founder of CyFir — a firm involved in the process — told Arizona senators at a hearing last week, that he was “able to recover all of those deleted files, and I have access to that data.” Continued Below

“A new Ipsos/Reuters poll ‘Beliefs Among Republicans’ shows 53% believe Donald Trump is the true President (I always knew America was smart!). 2020 Election was tainted 56%. The Election was stolen (and Rigged!) 61%”, the former president said in another statement Tuesday.

As reported by Ipsos:

The findings of an Ipsos poll former president Trump was referring to was conducted between May 17-19. A sample of 2,007 Americans age 18+ from the continental U.S., Alaska, and Hawaii were interviewed online in English. The sample includes 909 Democrats, 754 Republicans, and 196 independents.

The 45th President’s statements via “From The Desk Of Donald J. Trump”: 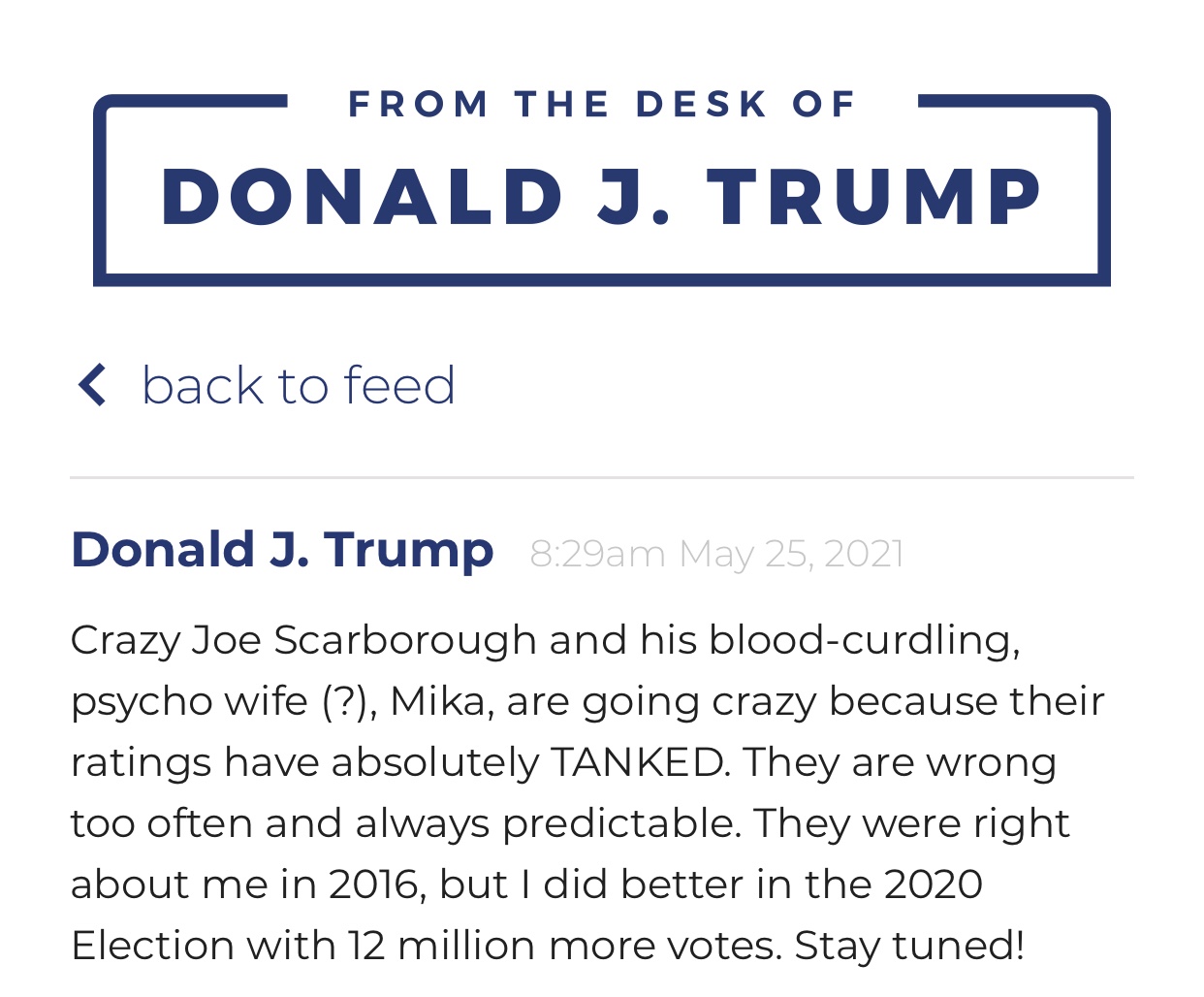 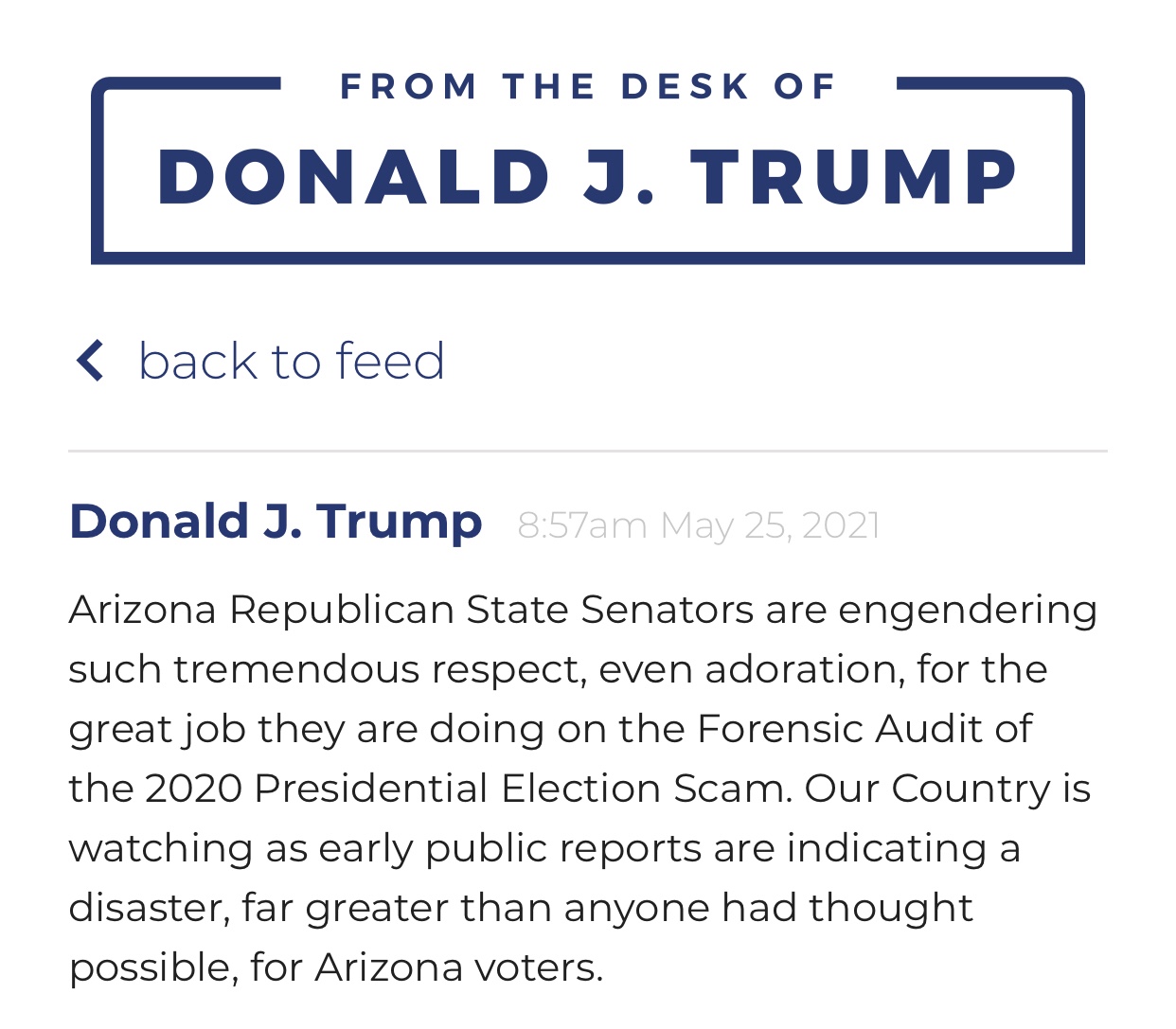 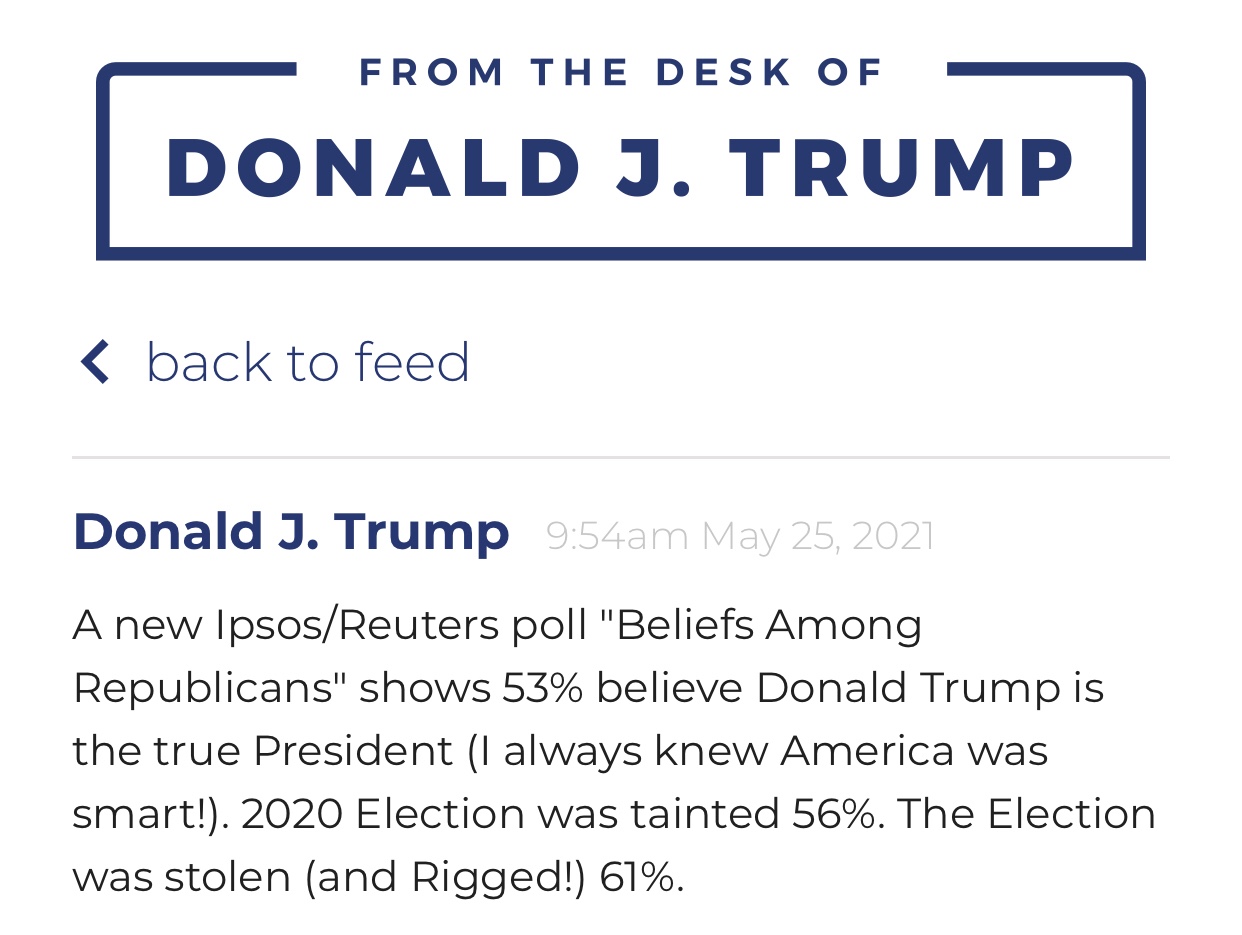 Lin Wood: “Increasingly Convinced That 75% or More Elected Officials Deny the Fraud Because They Were Involved in It”