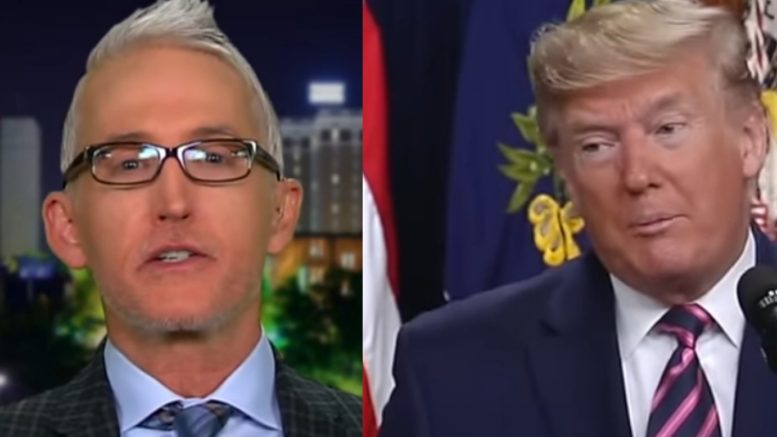 While appearing on Hannity, former Republican Congressman Trey Gowdy weighed in on what steps should be taken now that articles of impeachment are only one vote away from sending it to the Senate for a trial.

Gowdy thinks once articles of impeachment passes the Senate, a vote should immediately be held, which he thinks President Trump will be acquitted.

“The record is already in, it’s full, let’s vote. Send it to the jury and let’s vote,” Gowdy said after mentioning that the House Judiciary committe didn’t call a single fact witness before voting for articles of impeachment.

“And the President is not gonna be removed from office. He’s not gonna be convicted on these articles,” Gowdy declared. “So my advice to him is…get acquitted and then you can go say whatever you want to the Democrats and the media.”

Then when asked if he thinks there should be a seperate congressional investigation involving high profile individuals such as Joe Biden, Hunter Biden and Adam Schiff, Gowdy said, “I can’t think of a worse way to investigate something then to have Congress do it.” Video Below

Gowdy also doesn’t believe Lindsey Graham will actually call such individuals forward in a Senate investigation, nor does he find it necessary.

“I think once the President is found not guilty…acquitted, then the attention turns to 2020 and November,” Gowdy said. “The President has the biggest bully pulpit in the world. If he wants to make a point, make it. But make it as someone who’s been acquitted on two articles of impeachment.”

“We’re gonna win, right now. Don’t mess it up,” he ended. Video Below