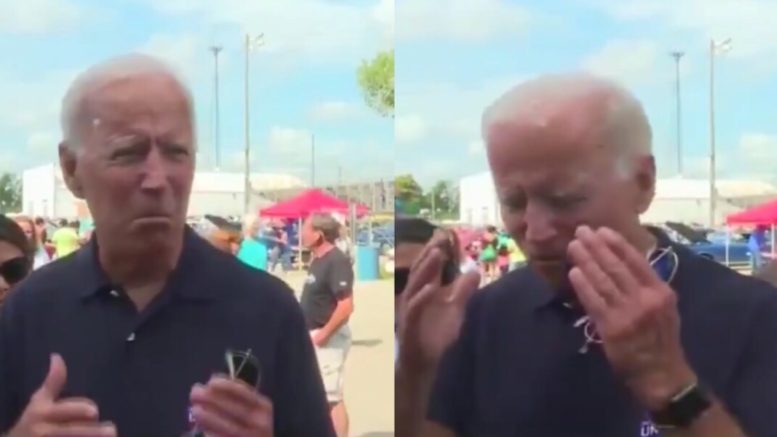 This comes after a Saturday shooting in west Texas that killed seven people and injured more than 20 in Midland and Odessa.

Asked on Monday from a reporter, “What do you say to Americans who are just frustrated and don’t believe this political process is actually going to be able to do anything?”

Biden responded, “On dealing with firearms, it is irrational, with all due respect, for the governor of Texas, on the very day you see a mass shooting… we’re talking about loosening access to have guns be able to take them places of worship, store it in school? It’s absolutely irrational. It’s all about special interests and it has to stop.”

(Related: Alyssa Milano Asks If The Bible Supports Gun Rights, Ted Cruz Teaches Her A Lesson: ‘The Right To Self-Defense Is Recognized In The Bible’)

“The idea that we don’t have elimination of assault-type weapons, magazines that can hold multiple bullets in them,” Biden continued. “It’s absolute mindless. It’s no violation of the Second Amendment. It’s just a bow to special interests of the gun manufacturers and the NRA. It’s gotta stop.” (Continued Below)

According to NBC News, however, in 1986 Joe Biden voted with the NRA on a 1986 bill that allowed firearms to be sold by mail and limited inspections of dealers while allowing them to sell at gun shows.

President Ronald Reagan signed into law the Firearm Owners Protection Act in 1986, which had finally passed Congress seven years after its introduction.

“I believe the compromises that are now a part of this bill have resulted in a balanced piece of legislation that protects the rights of private gun owners while not infringing on law enforcement’s ability to deal with those who misuse guns or violate laws,” Biden said at the time. (Video Below)

“During my 12 and a half years as a member of this body, I have never believed that additional gun control or federal registration of guns would reduce crime. I am convinced that a criminal who wants a firearm can get one through illegal, nontraceable, unregistered sources, with or without gun control,” he continued. [Emphasized]

The NRA called the 1986 bill “the law that saved gun rights” in America.

Doocy to Jean-Pierre: ‘Why is There a Voicemail of [Biden] Talking to his son About his Overseas Business Dealings?’