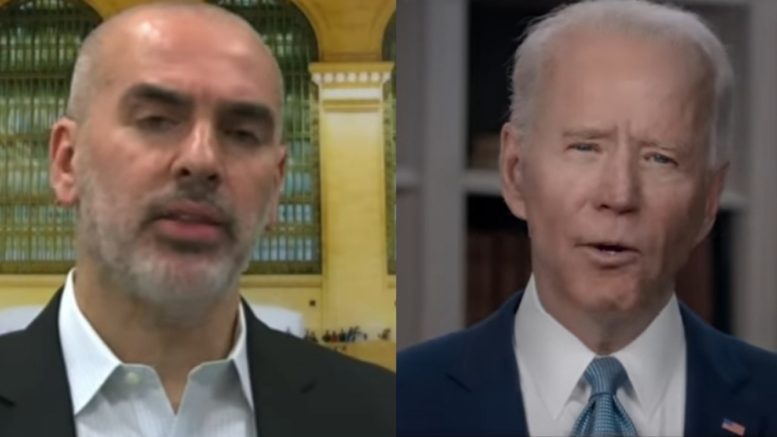 Democrats’ 2020 election outlook was thrown into a frenzy on Friday as newly-uncovered video evidence appears to support former Joe Biden staffer Tara Reade’s accusation that the former Vice President sexually assaulted her in 1993 within the Senate corridor.

And now Peter Daou, who is former advisor for both John Kerry and Hillary Clinton’s presidential campaigns, is calling on Biden to “withdraw” from the race “to avoid political catastrophe” in November.

Daou unleashed a lengthy 8-part thread on Saturday, making his case for why he believes Biden must exit the race after a video purportedly shows Reade’s mother calling in to Larry King Live in 1993, and made a claim to the former CNN host that corroborates Reade’s allegation.

1. I respect the will of the voters.
2. But new information has emerged supporting #TaraReade’s account of being sexually assaulted by #JoeBiden. Contin
3. Credible rape accusations are disqualifying or we have NO moral standards.
4. Defeating Trump is NOT OPTIONAL.
5. To avoid potential catastrophe in Nov., #Biden should withdraw.
6. #Warren, #Harris, #Klobuchar, #Buttigieg, #Castro, etc. could replace Biden.
7. #Bernie can restart his campaign.
8. We can reboot the primary and give voters a choice.
9. This is the ethical position AND the smarter strategy to beat Trump.
10. We lose ALL moral authority if we embrace ‘the lesser of two accused rapists.’
11. Polls show other Dem candidates can win. Continued Below

PRINCIPLES MATTER. WE CAN BEAT TRUMP AND PROTECT OUR VALUES. #DropOutBiden

I made the same arguments about #Franken and #Kavanaugh.
If #MeToo means anything, it CANNOT BE APPLIED ON A PARTISAN BASIS.
And for the record, I also think the same standard should apply to Bill Clinton’s accusers.

My thread is not about #Bernie winning. I explicitly stated that Biden can be replaced with any of the other Dem candidates and we can restart the primary and give voters a choice.
This is about RED MORAL LINES. Sexual assault is unquestionably one of those lines.

I want to defeat Trump and the GOP as much as anyone in America.
I’ve spent my life fighting them.
But we cannot defeat Trump with a lesser of evils approach.
If you really want to win, DO NOT COMPROMISE BASIC MORAL STANDARDS. It is a sure formula for losing. Continued Below

Spare me the “you’re helping Trump” b.s.
The only Dems helping Trump are Pelosi, Schumer, and their establishment colleagues who have given him a space force, Patriot Act, trade bill, ICE funding, and all the rightwing judges his heart desires.

Apply #Biden’s own standard…
‘For a woman to come forward in the glaring lights of focus, nationally, you’ve got to start off with the presumption that at least the essence of what she’s talking about is real, whether or not she forgets facts…’ – #JoeBiden, 2018″

Related Article: Don Jr. Reacts After Ex-Biden Staffer Files Criminal Complaint Against The Former VP: “You Would Think There Would Be Wall To [Wall] Coverage”