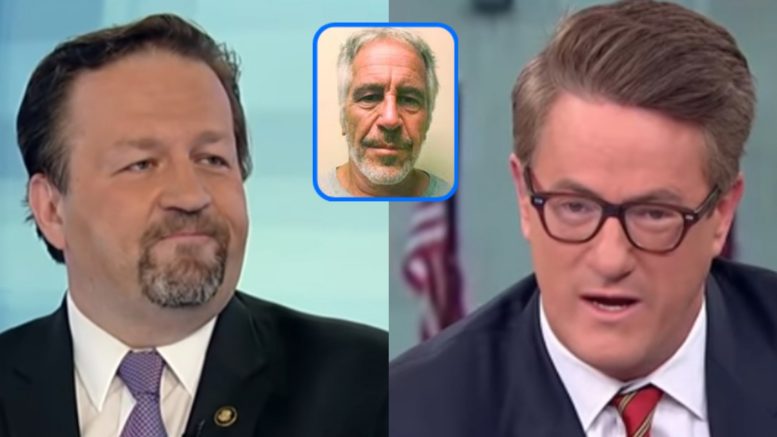 Joe Scarborough, aka Morning Joe, is convinced that Russia is somehow responsible for the death of Jeffrey Epstein as news broke on the billionaire’s suicide.

Epstein was found dead on Saturday morning despite being placed on suicide watch as he awaited trial on charges of sex trafficking.

As a result, theories have surfaced suggesting Epstein did not commit suicide and instead was killed by an unknown assailant because he may have had damning first hand knowledge of other parties who were involved in his sex trafficking ring.

Morning Joe was among the crowd of those who suspected foul play caused Epstein’s death.

Scarborough said, “A guy who had information that would have destroyed rich and powerful men’s lives ends up dead in his jail cell.How predictably…Russian.”

Sebastian Gorka sarcastically chimed in with Morning Joe’s notion and gave him props for “making the connection.” See Below

In 2016, Hillary Clinton’s campaign tried downplaying her opposition to Russia sanctions while Secretary of State in 2010 that came just weeks after Bill Clinton received $500,000 after giving a speech to a Russian bank in Moscow.

As per GOP.com, “Vladimir Putin personally called and thanked Bill Clinton for giving” the speech. See Below

There have also been ties discovered between Hillary’s 2016 campaign and the Russian lawyer who met with Donald Trump Jr. in the Trump Tower meeting.

The lawyer, Natalia Veselnitskaya, allegedly had information that stemmed from Fusion GPS’s research used in their Steele Dossier.

Nice to see Joe making the connection between Epstein and his Russian lackey buddies @BillClinton and @HillaryClinton. https://t.co/IztHqAWhdU

‘Travesty of Justice’: Trump Reacts after Judge Orders Him & Children to Testify Under Oath in NY Case