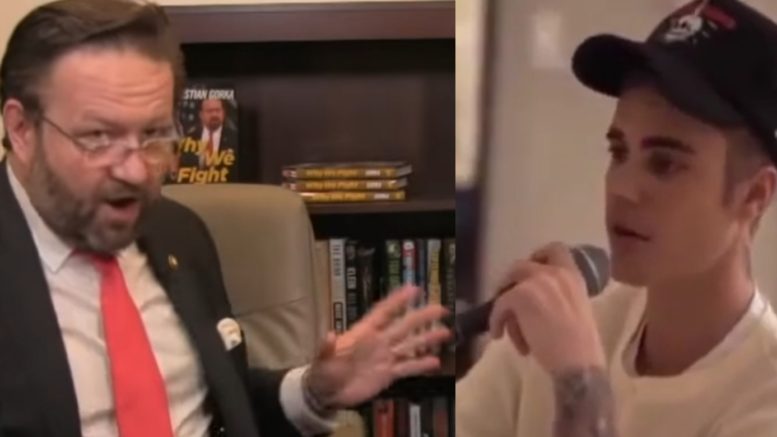 On Saturday, Justin Bieber stepped right in the middle of the political debate regarding undocumented migrant children who are being held at US detention centers.

While voicing his gratitude on President Trump’s efforts to get rapper A$AP Rocky released from Swedish prison, Bieber siezed the moment to request if Trump would also release “kids out of cages.”

Bieber said in a tweet, “I want my friend out.. I appreciate you trying to help him. But while your at it @realDonaldTrump can you also let those kids out of cages?

Sebastian Gorka came across Bieber’s viral tweet, and fired back in his usual bold, straight-to-the-point fashion with three questions of his own.

Gorka replied to Bieber: “Do you mean @BarackObama’s cages Bieber?”

He then asked, “Did you tweet about them when he was President? Why not?” See Below

Gorka then provided an AP Fact Check article that points out how a 2014 photo showing a picture of children in cages was wrongly used to depict President Trump’s treatment of children.

LA’s former mayor, Obama’s former speechwriter, and others tried to use the picture in a smear campaign effort on Twitter, only having to take it down hours after posting it after being called out that the photo was taken during Obama’s tenure. See Below

Do you mean @BarackObama’s cages Bieber?

Did you tweet about them when he was President?

Rep Jordan: Dems ‘Weaponized Government’ Against 63 Mil Trump Supporters Cause ‘They Didn’t Like Us’