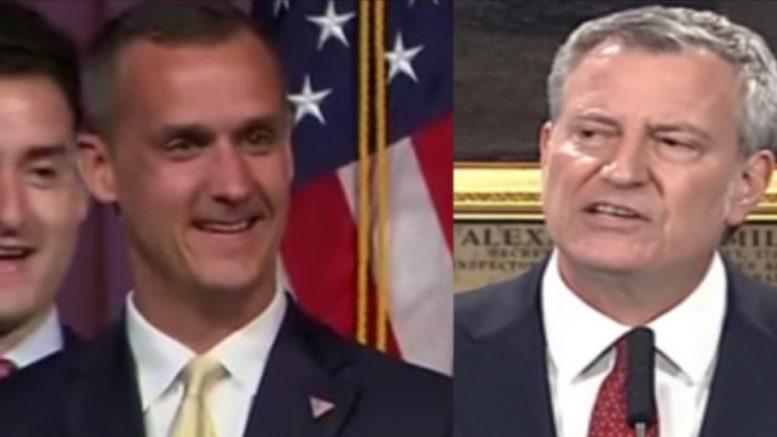 Corey Lewandowski capped off his eventful week with a bit of humor while reacting to news that New York Mayor Bill de Blasio is ending his campaign for President.

Earlier in the week, Lewandowski made headlines when he testified in front of members of Congress as part of the Democrats’ effort to impeach President Trump.

Not a whole lot of new information was learned during Corey’s Congressional appearance as the hearing arguably backfired for Democrats, especially since it gave Lewandowski free publicity for his expected bid for New Hampshire’s Senate seat.

During his testimony, Lewandowski was a proverbial punching bag for Democrats who smeared Corey by considering him a liar, a chicken and a “fish being cleaned with a spoon.”

Lewandowski, however, got the last laugh of the week as he issued a humiliating farewell to Democrat Bill de Blasio in response to him calling it quits on the race for President.

Related Article: Huckabee Explains Why Lewandowski Likely Didn’t ‘Wet His Pants’ At Tuesday’s Hearing: ‘He Was Enjoying Every Minute Of It’

In a Friday morning tweet, Lewandowski said, “Stop the Presses. I just heard @BilldeBlasio has dropped out of the Presidential race.”

“I never saw this coming. Where are his two supporters going to go now?” he asked. See Below

President Trump also showed his sense of humor in his reaction to de Blasio pulling the plug.

We leave you with his response: