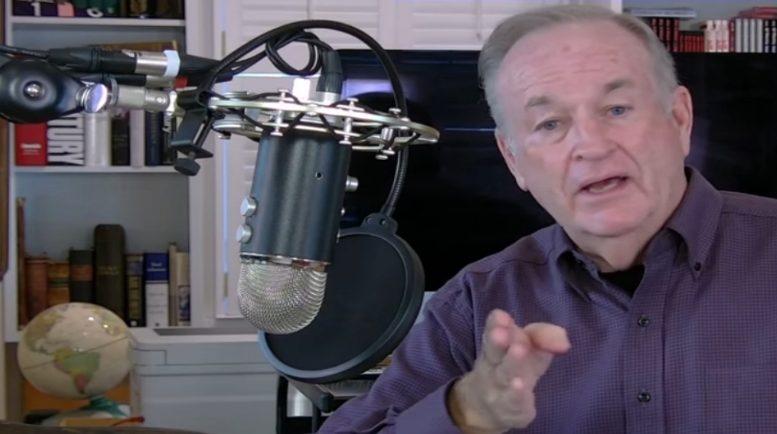 The aftermath of Jim Acosta getting his press pass yanked has been very interesting to see play out.

Not only did CNN rush to Acosta’s defense with a lawsuit against the White House, demanding Acosta gets his pass restored. But right-leaning competitor Fox News also backed CNN in their move against the Trump administration, which came to a surprise by viewers.

On Thursday, Former Fox News host Bill O’Reilly gave his opinion on why his former employer took CNN’s back in the case against the White House.

O’Reilly claims Acosta is only at press conferences to “provoke and fight” with the President, Press Secretary Sarah Sanders and anyone else in Trump’s Administration.

On Fox backing CNN in their lawsuit, Bill said, “There’s different management now than there was when I was there. The management totally changed. And when I started at FNC, we wanted to be outsiders. We wanted to be mavericks. We didn’t want to be establishment. And that’s why Fox News is so successful.”

He added, “We didn’t want to be part of that national crew, we wanted to be independent. That’s gone now.”

O’Reilly said he’s not disparaging Fox News, but he thinks their management’s new strategy is to be establishment media. And backing CNN against Trump’s White House is an easy way to be “part of the crew, part of the gang” of establishment media that are all pulling for Acosta. (Video Below)

The judge in the case of CNN was expected to rule his decision on Thursday but then opted to postpone it for Friday morning.