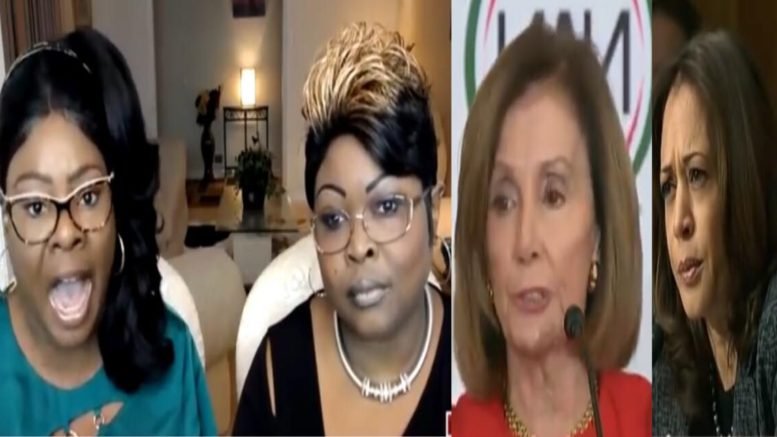 Social media stars Diamond and Silk joined Fox and Friends on Friday morning weighing in on recent remarks made by Kamala Harris and Nancy Pelosi.

They were not impressed. (Video Below)

During a hearing on Capitol Hill, Kamala Harris (D-CA) asked Ronald Vitiello, President Trump’s nominee to lead ICE, whether he shares what she said was the public’s view that ICE was spreading fear and mistrust, in particular among immigrant communities, the same way the KKK did.

“Are you aware of the perception of many about how the power and the discretion at ICE is being used to enforce the laws and do you see any parallels [with the KKK]?,” she asked.

During their appearance Friday morning, Diamond and Silk responded to the recent comments Sen. Kamala Harris (D-CA) made during the hearing.

“You know, Kamala should be ashamed of herself. The blatant disrespect for our enforcement of immigration….” Diamond said. “If Kamala wants to talk about the KKK, she needs to talk about her party, who created the KKK to intimidate and manipulate in order to dominate. If she runs for President, we will not be voting for her! She will not win.” (Video Below)

The duo didn’t stop there. Next, they sounded off on Nancy Pelosi next who thanked Rev. Al Sharpton for ”saving America.”

“Al Sharpton hasn’t saved America! What he has done and tried to do is divide America.” Diamond said.

“If he was really behind America, why wasn’t he behind the tax cuts? Why isn’t he happy about the lowest unemployment, especially among African-Americans? He hasn’t done anything for America but race baited!” She declared. (Video Below)

Watch as Diamond and Silk sound off on Kamala Harris and Nancy Pelosi: