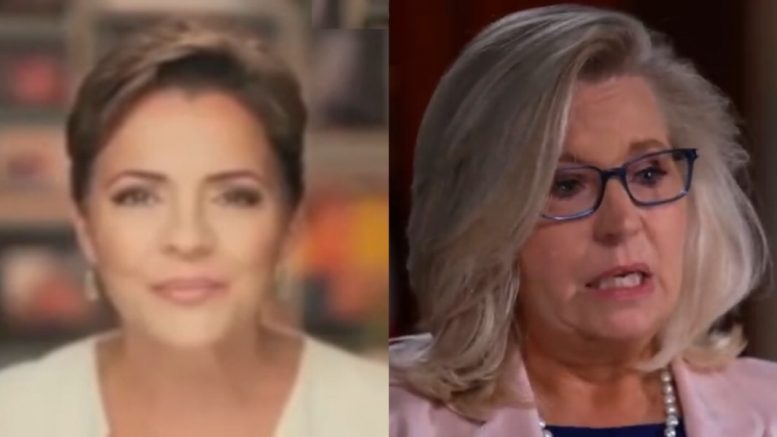 Cheney released a 30 second ad in Arizona on Friday from her PAC, The Great Task, targeting Lake and the GOP nominee for secretary of state, Mark Finchem. The ad is part of an over $500,000 media buy.

Cheney claimed in part, “I don’t know that I have ever voted for a Democrat. But if I lived in Arizona, I absolutely would.”

After being soundly defeated in her primary reelection, Cheney vowed to campaign with Democrats and claimed she will no longer remain a Republican if Donald Trump runs for reelection and wins the presidency for a second time.

Kari Lake responded in a letter to Liz Cheney, saying that her campaign donations are “skyrocketing” and her website almost crashed from traffic.

“In fact, my team telIs me your commercial should add another 10 points to our lead! I guess that’s why they call the Cheney anti-endorsement the gift that keeps on giving,” Lake wrote.

“Thank you again for the huge boost to our campaign. Enjoy your forced retirement from politics,” she said, referring to Cheney’s defeat in her primary to Harriet Hagerman, a Trump-backed candidate. “I know America will rest easier knowing that one more warmonger is out of office.”

Likewise, Arizona secretary of state GOP nominee Mark Finchem is leading over his Democratic opponent Andrian Fontes, according to a survey conducted by HighGround Public Affairs.

Lake also announced that her campaign raised $300K on Friday and gave a “shoutout” to Cheney.

We JUST hit $300K raised in a SINGLE DAY! Shoutout to Liz Cheney, my biggest fundraiser yet ♥️

Related: Kari Lake to CNN: ‘I’m not Going to Lose This Election–I’m Gonna Win the Election & I Will Accept That Result’