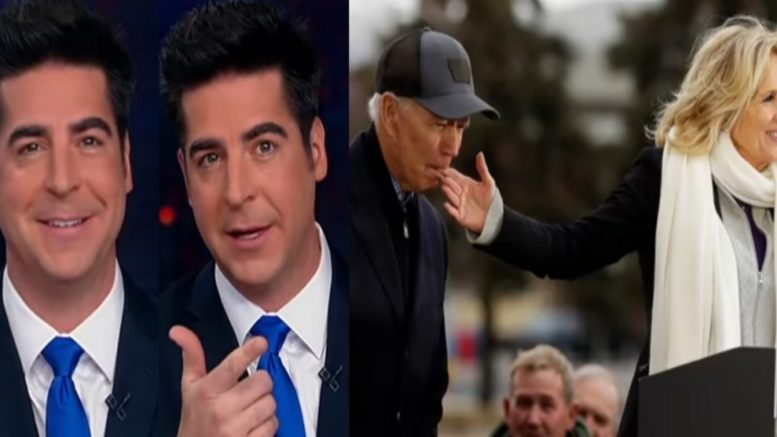 Watters began by saying Trump is not technically impeached since Pelosi still has not sent the articles to the Senate. “She’s wants to play games. She wants to wait and squeeze a little more drama out of this whole boring deal,” Watters said.

“She’s afraid if she sends these weak articles, the Senate’s just gonna find [Trump] not guilty and be done with it all,” Watters said. “So Nancy’s making demands. McConnell has to run the trial her way or else. Sounds like Nancy’s the one demanding a quid pro quo. Not how this works. The speaker doesn’t get to set the terms. The House investigates and the Senate judges.”

Watters went on to say that Pelosi doesn’t have any leverage on how the Senate decides to run their process, and now she is denying the President his “right to a speedy trial.”

“I though Trump was a dire threat to democracy and he had to be impeached before he could rig the next election?” Watters sarcastically questioned. “Well, I guess there’s no urgency anymore. That’s how you know it was pure politics.”

“This was never about the Constitution. Nancy only cares about the PR of impeachment. She wants Trump to be impeached but not acquitted,” he declared. Video Below

Then after presenting charts and graphs that indicate how great the President is doing despite being impeached, Watters suggested Democrats are have run out of ammo to use against Trump.

“The left went crazy and here we are. They couldn’t recover from Hillary losing, so they tried to frame Trump and kick him out. Mueller failed, impeachment failed — Now they’re out of ammo,” Jesse proclaimed. “It’s like in a movie when a bad guy runs out of bullets — Click, Click.”

“What are they gonna do now?” he asked. “They’re gonna run out another dossier? Another Access Hollywood tape? Another whistleblower? They don’t have any card left to play. Only Biden can save them now.” Video Below