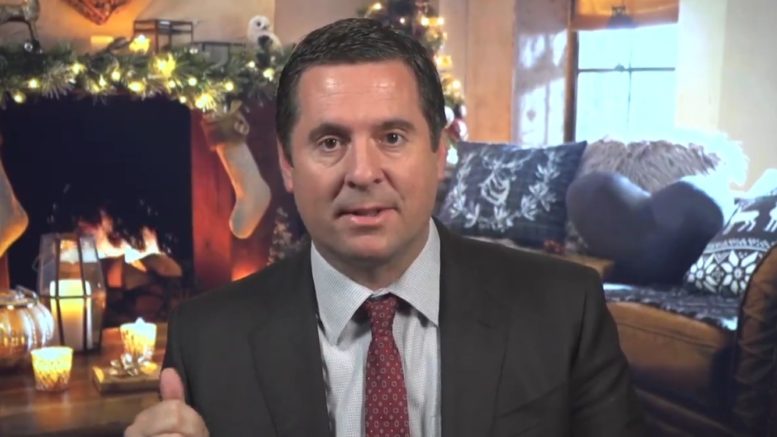 Congressman Devin Nunes called for an end to ‘fake news’ in a random holiday message on Tuesday.

Nunes issued the call to action in a video he uploaded to his Twitter account that shows him standing in front of a “fake fire” in a living room on Christmas Eve.

“I wanna wish your family a Merry Christmas and a Happy New Year,” Nunes said in the video.

“I want you to know this is a fake fire, a lot like the fake news you see,” Nunes said as he pointed to the fire behind him.