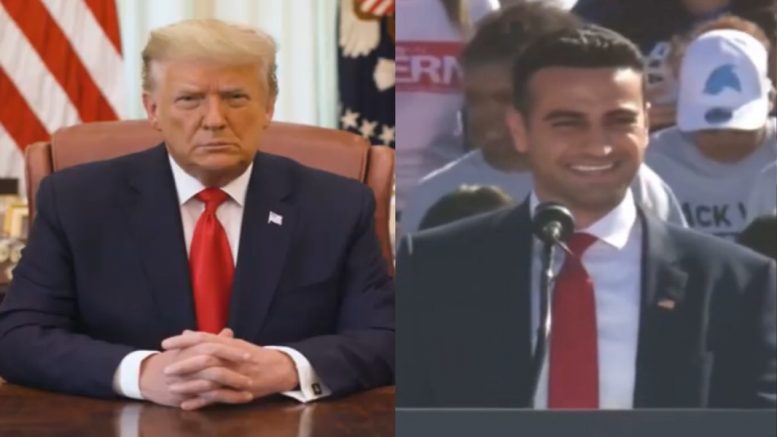 45th President Donald Trump issued an email statement following a Pinal County recount from the Midterm election race in Arizona, which was released on Thursday. The result showed a much larger discrepancy than expected; The Attorney General’s race narrowed to a margin of just 280 votes between Republican Abe Hamadeh and Democrat Kris Mayes.

Despite the fact that the change in total votes was so large, and that there was also a failure to perform a random hand-count of a sample of the ballots that generated the new results, a Maricopa County Superior Court judge declared Mayes the winner, Arizona Daily Independent reported.

Mayes finished 280 votes ahead of Hamadeh, down from a lead of 511 in the original count. The reason for the discrepancy was not immediately clear, Jacques Billeaud at AP noted.

“Abe Hamadeh, a very accomplished legal mind who served our country in the Army, gained more than 400 votes in a small portion of the recount (more than half the deficit) for Arizona AG, proving there was massive inconsistencies with how the votes were counted. REPUBLICANS SHOULD DEMAND A STATEWIDE HAND RECOUNT AND ABE WILL WIN! That is the only way forward. Arizona voters are being disenfranchised—They deserve a REAL election!” Trump wrote in an email statement.

Abe Hamadeh is expected to appeal a ruling made in his election challenge case.

“We MUST get to the bottom of this election,” Hamadeh wrote on Twitter after Thursday’s ruling. “Transparent elections are fundamental to a democracy. A discrepancy this big in the recount calls for an inspection of ALL the ballots.”

In another tweet, Hamadeh noted, “Maricopa County has still refused to give information regarding provisional ballots. There are still 4000+ votes that have not been counted. We don’t know who they are, they don’t know if their vote has been counted. Voters have been disenfranchised.”

Abe Hamadeh thanked President Trump and told Arizonians he “will not stop fighting”.

I will never stop fighting for Arizona.
Thank you Mr. President. pic.twitter.com/Qx1RRA7sHT

Hamadeh further pointed out “Katie Hobbs and the SOS office deceived the courts.”

Katie Hobbs and the SOS office deceived the courts. She had and withheld information pertaining to our ongoing election contest that the Mohave County judge could have used in making his decision.

They don’t care about democracy, they care about power. pic.twitter.com/CS3tvqT2tM

Related: Lindell Drops a Warning: ‘They’re Going to Try’ to ‘Steal’ Elections This Fall – ‘Overwhelm the Machines, Whatever Ones We Can’t Get Rid of’