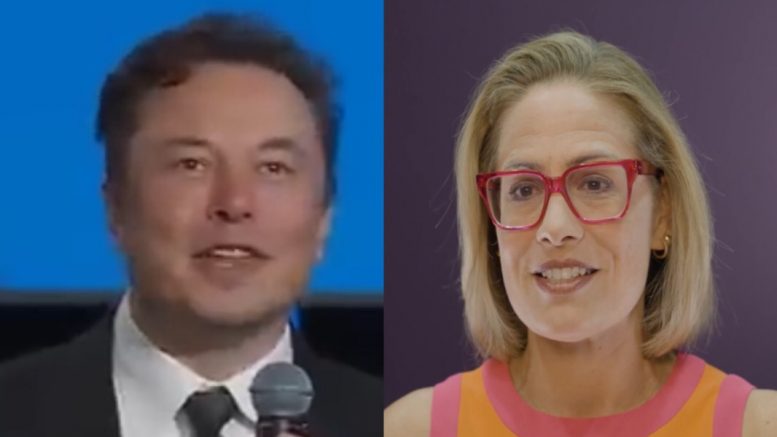 Twitter CEO Elon Musk remarked Friday after Arizona Senator Kyrsten Sinema announced her departure from the Democratic Party and registering as an independent.

Sinema, in a Friday op-ed in the Arizona Republic, cited increasingly partisan interests and radicalization of both political parties as the reason for her departure.

Elon Musk praised Sen. Sinema’s decision to “act independently, aka in the interests of the people”.

Something I always admired about American legislators, at least historically, was that they would sometimes vote against the party line

Sen. Sinema also told CNN’s Jake Tapper, “I’ve registered as an Arizona Independent. … I think it makes a lot of sense. … I’ve decided to leave that partisan process and really just focus on the work I think matters to Arizona and our country, which is solving problems and getting things done”.

Meanwhile, the White House released a statement Friday claiming that it was unconcerned for the Democratic Party’s Senate majority and considers Sinema to be a strong ally.

“Senator Sinema has been a key partner on some of the historic legislation President Biden has championed over the last 20 months, from the American Rescue Plan to the Bipartisan Infrastructure Law, from the Inflation Reduction Act to the CHIPS and Science Act, from the PACT Act to the Gun Safety Act to the Respect for Marriage Act, and more,” White House Press Secretary Karine Jean-Pierre wrote in a statement on Twitter.