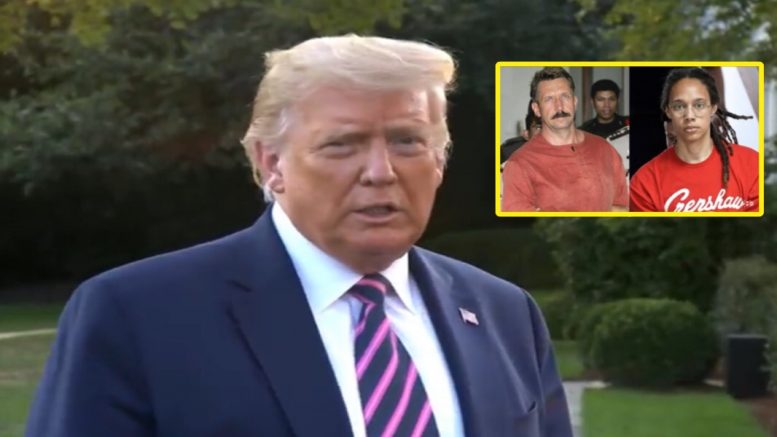 Griner had been released from Russian custody roughly 10 months after being arrested for bringing vape cartridges containing hashish oil through a Moscow airport in exchange Viktor Bout.

“What kind of a deal is it to swap Brittney Griner, a basketball player who openly hates our Country, for the man known as ‘The Merchant of Death,’ who is one of the biggest arms dealers anywhere in the World, and responsible for tens of thousands of deaths and horrific injuries,” Trump wrote on Truth Social Thursday.

Bout was convicted in 2011 of conspiring to kill American citizens. He walked free on Thursday, despite serving less than half of his 25-year prison sentence.

“Why wasn’t former Marine Paul Whelan included in this totally one-sided transaction? He would have been let out for the asking. What a ‘stupid’ and unpatriotic embarrassment for the USA!!!” Trump also expressed.

Paul Whelan, a U.S. Marine veteran, was not involved in the exchange. Whelan was sentenced to 16 years in 2018 for espionage charges.

Whelan said from prison that he was “greatly disappointed” the Biden administration did not do more to secure his release alongside Griner and said he was ready to “go home”, Daily Mail reported.

The deal was brokered with Vladimir Putin with the help of Saudi Crown Prince Mohammed bin Salman, just 48 hours after the U.S. dropped a lawsuit holding him responsible for the murder of Saudi dissident journalist Jamal Khashoggi.