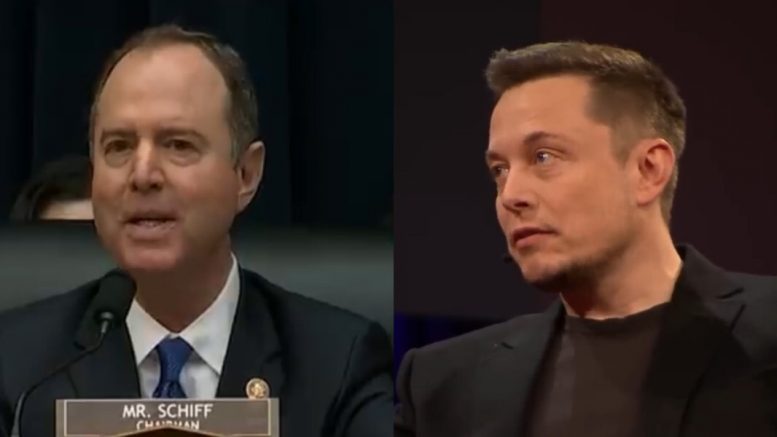 Musk responded to Schiff’s post on Twitter, telling the far-left House member that “hate speech impressions are actually down by 1/3”.

“These numbers are abysmal – and unacceptable. Today, Rep. Mark Takano and I are demanding action,” he wrote.

Musk reacted by fact-checking the progressive lawmaker, replying, “False, hate speech impressions are actually down by 1/3 for Twitter now vs prior to acquisition @CommunityNotes”.

Takano and Schiff delivered a letter to Elon Musk Thursday “urging him to take action to combat the rise in dangerous hate speech on Twitter”.

False, hate speech impressions are actually down by 1/3 for Twitter now vs prior to acquisition @CommunityNotes

Musk, last month, congratulated the Twitter team for being able to reduce hate speech on the social media platform by over one third.

Hate speech impressions down by 1/3 from pre-spike levels. Congrats to Twitter team! pic.twitter.com/5BWaQoIlip

According to Musk, this decline in hate speech is due to Twitter’s restriction on number of tweets that can be posted in a day and per hour. A user can send 2,400 tweets per day and not more than 100 per hour. He said, “Reducing the max allowed tweets/day to a number below what a speed typist on meth could do was helpful.”

Since Musk took over Twitter in a $44 billion acquisition, he has enacted various efforts to promote “free speech” on the platform, such as removing the COVID-19 misinformation policy, cutting key staff involved in content moderation, and re-platforming banned accounts.