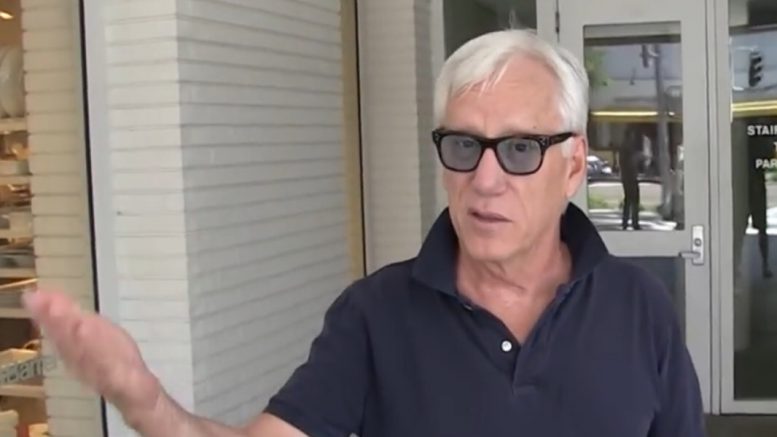 During a Friday airing of Fox News’ “Tucker Carlson Tonight”, conservative actor James Woods declared he “will be getting a lawyer” and “suing the Democratic National Committee” (DNC) for violating his First Amendment rights.

His announcement came after Twitter’s CEO Elon Musk shared shocking revelations over what took place at Twitter — behind-the-scenes — in a thread shared on the social media platform by independent journalist Matt Taibbi.

“Celebrities and unknowns alike could be removed or reviewed at the behest of a political party,” Taibbi wrote alongside a screenshot of an email exchange between Twitter employees.

9. Celebrities and unknowns alike could be removed or reviewed at the behest of a political party: pic.twitter.com/4uzkHnQ65E

In a phone interview with Tucker Carlson Friday evening, James Woods said he plans to sue the Democratic National Committee over the damage done to his career for being censored.

“I can guarantee you one thing more than anything else you’ll ever hear in your life: I will be getting a lawyer. I will be suing the Democratic National Committee no matter what,” he said.

“Whether I win or lose, I am going to stand up for the rights that every American — not a so-called celebrity. I’m not a celebrity — I’m hardly recognizable anymore, because my career has been destroyed by these very people,” Woods continued.

“And I will sue. And I’m hoping other people will sue,” Woods said. “And if it turns out there are a lot of us on this list where the DNC targeted us, then I will quote the immortal words of Joseph Welch when he attacked [Wisconsin Senator] Joseph McCarthy for the enemies list he had – ‘At long last or have you no shame?'”

Woods also had a direct message for Joe Biden. He asked the same question Welch posed to McCarthy amid hearings centered around his endeavor to root out alleged Communists and Soviet sympathizers – “Have you, Mr. President — Have all of you, at last, no shame?” he asked.

“The government of the United States conspired to take away my free speech and throw it in the gutter. And there’s something they should fear more than anything they have ever imagined in their wildest dreams: the most dangerous man to these corrupted, vile, vermin is an American who’s not afraid of them. And Joe Biden, and all those rats that work with you at the DNC, who closed down my speech, I am not afraid of you, and I’m coming for you,” Woods said.

Woods also thanked Elon Musk for “giving back to all Americans … free and open speech”.

Thank you, @elonmusk, for giving back to all Americans, and voices around the world, the most precious of gifts – free and open speech.

I admire you and I salute you, sir.

How is the Twitter Files chicanery any different from Watergate in sum and substance?

Nixon resigned when his henchmen tried to subvert free speech.

Woods also asked Musk if he “would like to fund a class action suit for those who were suppressed” on Twitter.

Agree. How would you like to fund a class action suit for those who were suppressed? I’ll be happy to be lead plaintiff. Thank you, @elonmusk https://t.co/zAAjcEnoFu

I humbly thank the thousands of you who offered such kind words of support tonight. I wish I could respond to each of you.

As heartbreaking as it is to see our nation highjacked by these grifters, it is equally heartwarming to see how many Americans still love this great nation.