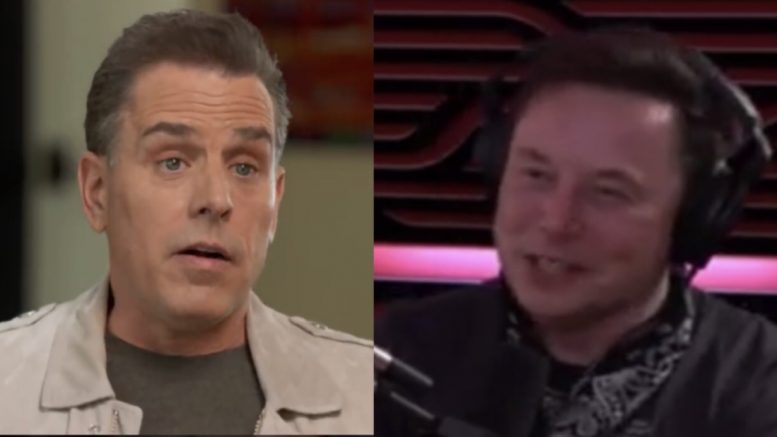 “What really happened with the Hunter Biden story suppression by Twitter will be published on Twitter at 5pm ET!” Elon Musk announced Friday afternoon in a post on the social media platform.

Musk also revealed the post “will include live Q&A”.

Earlier in the year,  Musk cited free speech concerns and the future of civilization as the reasons he wanted to buy Twitter, saying the social-media platform should be more transparent about how and why it promotes content.

What really happened with the Hunter Biden story suppression by Twitter will be published on Twitter at 5pm ET!

Musk also expressed, “This will be awesome”.

Will include live Q&A

**Update** Elon reported it will be 40 more minutes.

We’re double-checking some facts, so probably start live tweeting in about 40 mins

Elon Musk also responded to a report from Reuters about Twitter’s move to free speech, writing on Wednesday, “The obvious reality, as long-time users know, is that Twitter has failed in trust & safety for a very long time and has interfered in elections.”

Yoel Roth, who was Twitter’s head of trust and safety, played a key role in censoring The New York Post’s October 2020 exposé on Hunter Biden’s infamous laptop and has admitted it was a mistake.

In an interview with journalist Kara Swisher on Tuesday, Roth was asked if it was a mistake for Twitter to have blocked the story from being shared. He responded: “In my opinion, yes”.

Jack Dorsey, who was Twitter’s CEO at the time of the censorship, admitted during a congressional hearing on misinformation and social media in March of last year that blocking The Post’s report was a “total mistake.”

Zuckerberg revealed in an interview with podcaster Joe Rogan in August that Facebook moved to suppress the report in response to a vague FBI warning about possible “Russian propaganda” tied to the 2020 presidential election.

BREAKING: Mark Zuckerberg tells Joe Rogan that Facebook algorithmically censored the Hunter Biden laptop story for 7 days based on a general request from the FBI to restrict election misinformation. pic.twitter.com/llTA7IqGa1