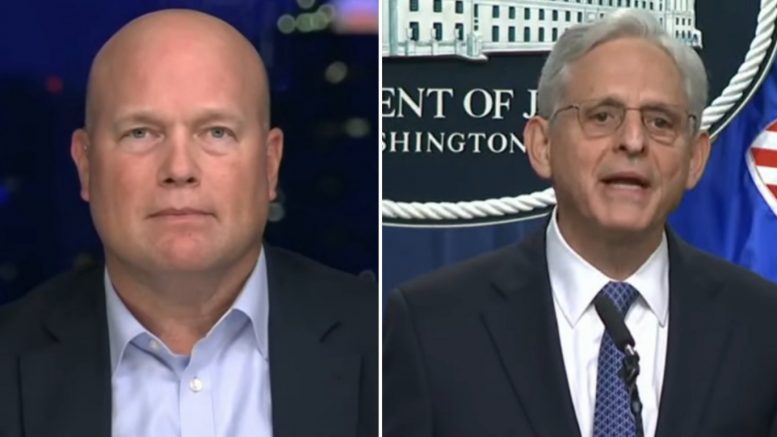 Related Article: ‘Not Going to Partake’: Trump Fires Back at DOJ’s Move to Appoint a Special Counsel over Records & Jan. 6

Here we go again. I mean, this is the Left’s favorite tool is to appoint a special counsel and then let the media report on every twist and turn of a special counsel leak, giving it some imprimatur of even super legitimacy.

Merrick Garland misstated a very important fact and that is that this special counsel is not independent from the Department of Justice. This special counsel is going to not only use all of the resources of the Department of Justice and the FBI, but also report directly to Merrick Garland. So really this is a way for Merrick Garland to solely control the fate of Donald Trump’s legal cases and I think it’s probably the most partisan move he has made to date. Video Below