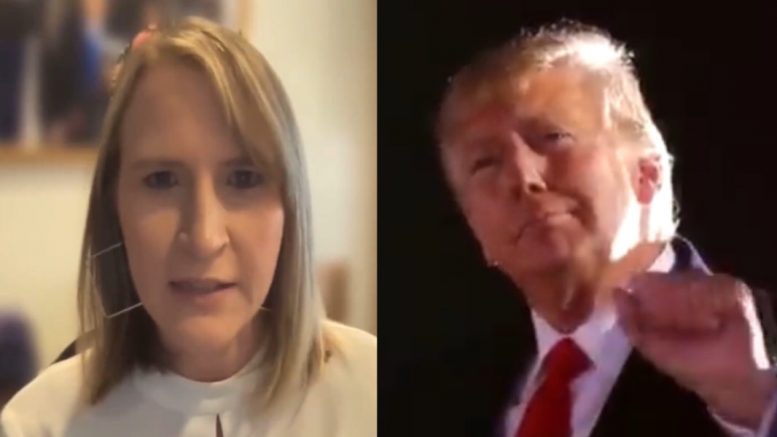 “This is the most anticipated announcement for President Trump that he’ll make tonight — his decision whether he will run,” Liz Harrington, Donald Trump’s spokeswoman, said Tuesday, adding that the 45th President is “our General Washington” and the “leader of” the MAGA “movement”.

Trump is expected to hold a special announcement at the Mar-a-Lago Club in Palm Beach, Florida at 9:00PM EST.

“I think the American people are really looking forward to it. They want hope … resolve, and that is in President Trump. He’s the leader of the greatest political movement our country has ever seen,” Liz Harrington told Steve Bannon during an airing on “War Room”.

“Everyone wants to be here. Preparations for this have been enormous. We couldn’t be more excited, and we cannot wait to hear from President Trump tonight,” she said.

Harrington also told Bannon, “There’s an energy here and a spirit that we cannot waver on, and President Trump certainly is not.”

“The MAGA base needs to know that President Trump is our General Washington here. He is the leader of this movement. This movement is not going anywhere and it’s actually growing stronger and stronger by the day,” she added.

.@realLizUSA: Donald Trump is our General Washington. He is the leader of this movement and the movement is only getting bigger. pic.twitter.com/V85KEJ5Ziw

“Hopefully TODAY will turn out to be one of the most important days in the history of our Country!” Donald Trump wrote on Truth Social ahead of tonight’s announcement.

The 45th President’s announcement can be viewed on Rumble:

Ivan Pentchoukov of The Epoch Times tweeted a photo of the Mar-a-Lago ballroom: