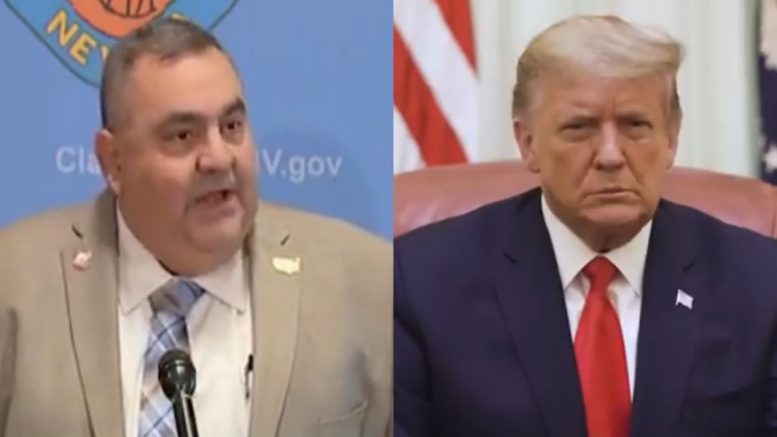 45th President Donald J. Trump suggested Thursday that Clark County, Nevada wants “more time to cheat” before the Silver State announced it still has “over 50,000 ballots that need to be counted” and will likely take until Monday to be finished.

“Those (ballots) are in various stages in the process of validation before they go to the counting board and they finally, ultimately get to tabulation where we’re able to read them into the system,” an official for the Clark County election department reported.

“We will continue to work through the weekend. … The majority of the mail should be counted in Clark County by Saturday, barring any issues with equipment, with the exception of the cure ballots … and those provisional ballots,” the official said. “Today we received 626 ballots through the mail, which is the only way that we can receive ballots”.

Clark County, Nevada has 50,000 ballots left to be tallied and it's going to take until Monday to finish counting them. pic.twitter.com/sJDspkvWWo

“Clark County, Nevada, has a corrupt voting system (be careful Adam!), as do many places in our soon to be Third World Country. Arizona even said “by the end of the week!” – They want more time to cheat! Kari Lake MUST win!” Trump wrote.

Clark County responded to Trump’s remarks in a statement, alleging the 45th President’s comments are “outrageous” and called him “misinformed” about the state’s “law” and “election processes”.

The county will continue to accept mail-in ballots postmarked by Nov. 8 through Saturday, as required by Nevada’s law.

‘It’s a Story That’s Never Reported’: Trump Reminds People he ‘Got the 20 out of 28 Delinquent NATO Countries to Start Paying the Money That They Owed’