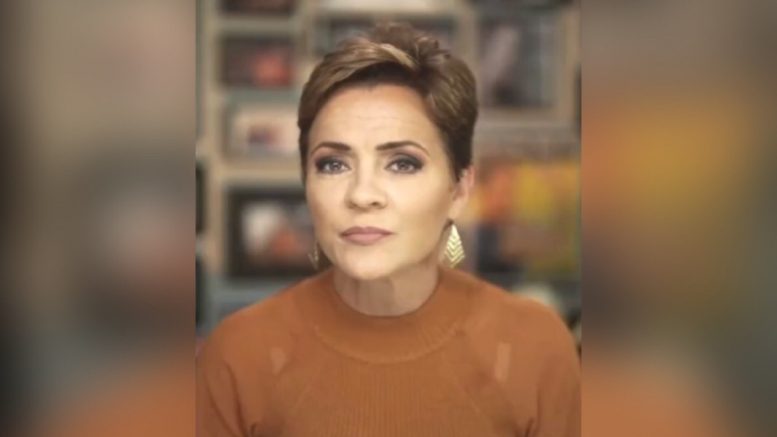 As the counting continues in the Grand Canyon State, Arizona GOP gubernatorial nominee Kari Lake reported Thursday that there are “384 thousand” mail-in-ballots that have yet to be counted.

Lake believes voters turned in their ballots in-person on Election Day and predicts 60-80% of the ballots will go in her direction.

“I just got these numbers. There are 384K — that’s a lot of votes — 384K votes that are mail-in-ballots. These people received them a month ago, but they didn’t trust, probably most of them, dropping them off at a drop box or in the U.S. postal service,” Kari Lake told Steven Crowder.

“They filled them out, went into the voting center on Election Day and handed them in. They felt that was the safest way to ensure that their ballot truly got to where it needed to go. … And those one haven’t been counted,” she said.

“Those are most likely going to go 2:1, maybe even 3:1 or greater in my direction, in the Republican’s direction,” Lake predicts.

As of Thursday morning, Katie Hobbs, the Democratic secretary of state, is reportedly leading with 50.3% of votes to Kari Lake’s 49.7% votes.

With only 70% of votes counted, it is too early to call the race, and the result is expected to come down to the wire.