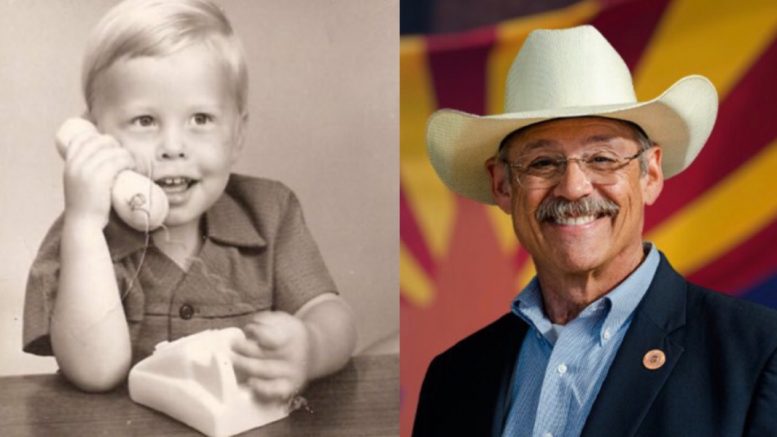 Finchem posted a screenshot on Truth Social of a notice he received from Twitter that said his account was temporarily placed in “read-only mode” for allegedly violating the platform’s rules.

“Twitter has blocked my account from speaking truth with one week left until the election. They are trying to put their thumb on the scales of this election. Tag Elon Musk and tell him to unban me right now. I am the Secretary of State nominee in a swing state running against the criminal Soros-funded candidate,” AZ State Rep. Mark Finchem wrote on Truth Social. 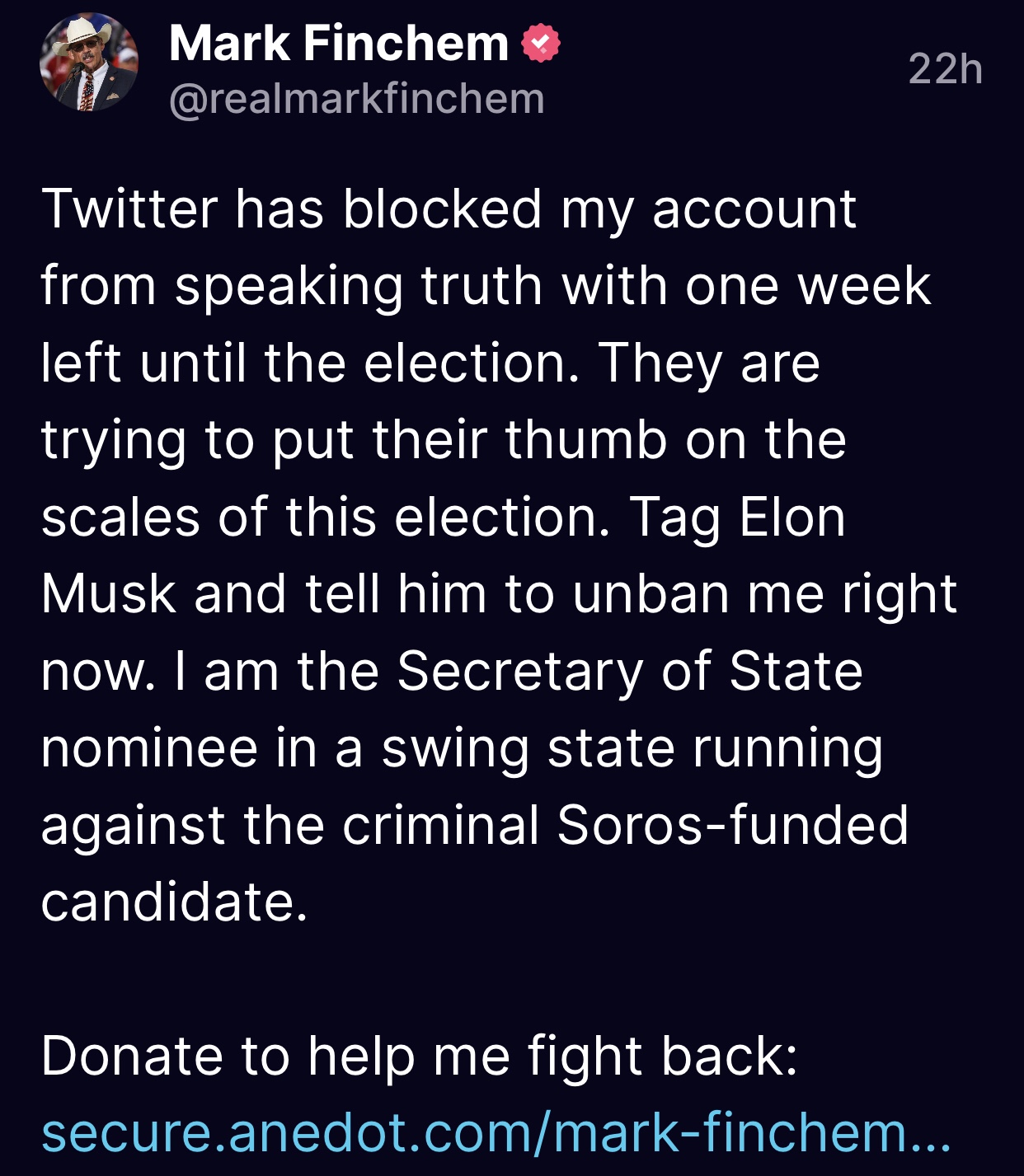 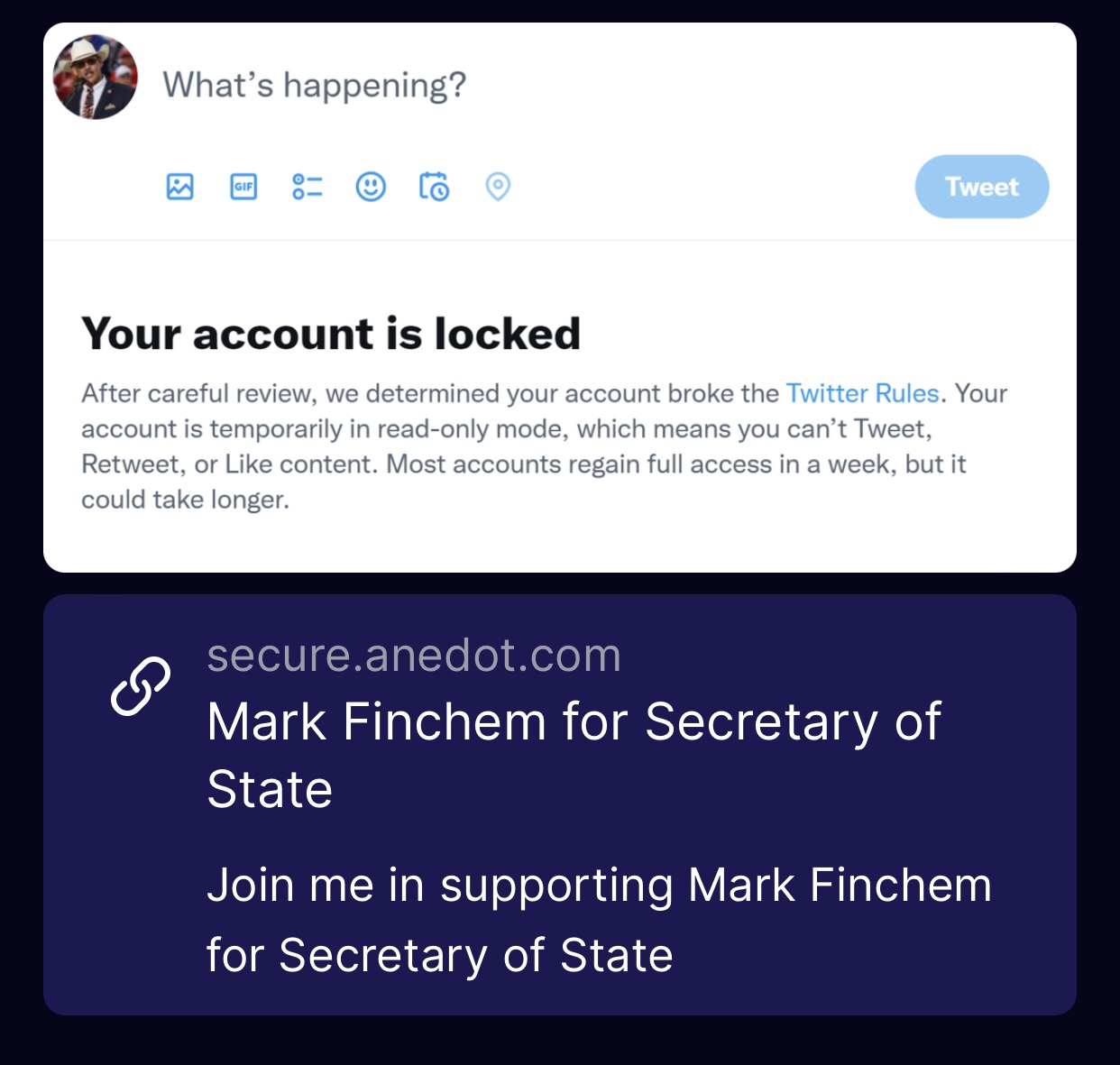 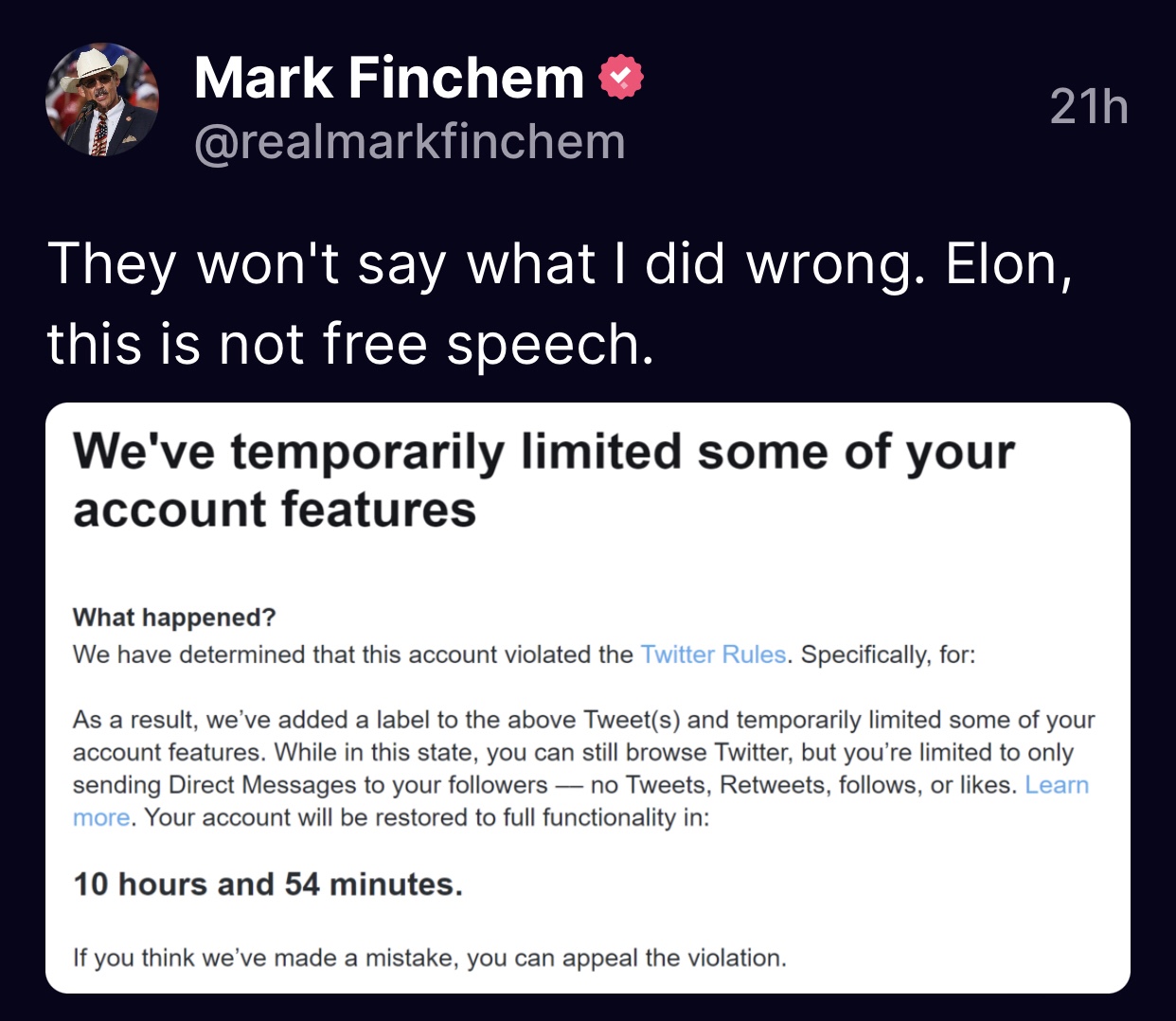 “We are back! Thank you Elon Musk for stopping the commie who suspended me from Twitter a week before the election. Twitter is much better with you at the helm,” the Arizona Republican secretary of state nominee wrote.

We are back! Thank you @elonmusk for stopping the commie who suspended me from Twitter a week before the election. Twitter is much better with you at the helm. Thank you @MediaRightNews1 @JennaEllisEsq @KariLake @Brick_Suit & others for spreading the word! #AZSOS https://t.co/TfdJNnnuIm

I LOVE THE NEW @elonmusk OWNERSHIP

WOW. THAT is the new ownership of @elonmusk 👀

However you vote, THIS IS GREAT! https://t.co/5Pq3A7Lcpx

Welcome back. Thanks @elonmusk

AZ Sec. of State candidate @RealMarkFinchem was locked out of Twitter, @ElonMusk saw, looked into it and he’s back within an hour.

Now it’s time to figure out why this keeps happening to Conservatives and put an end to it. pic.twitter.com/P9irxcerkR

Elon Musk just replied to this tweet – "Looking into it." Seriously, @elonmusk is actively replying to conservative users; even me. Can you imagine elitist, stuck-up, pretend hippie, snobs like Jack Dorsey or that anti-free-speech joke who replaced him doing that? https://t.co/s5zkk8ANAI