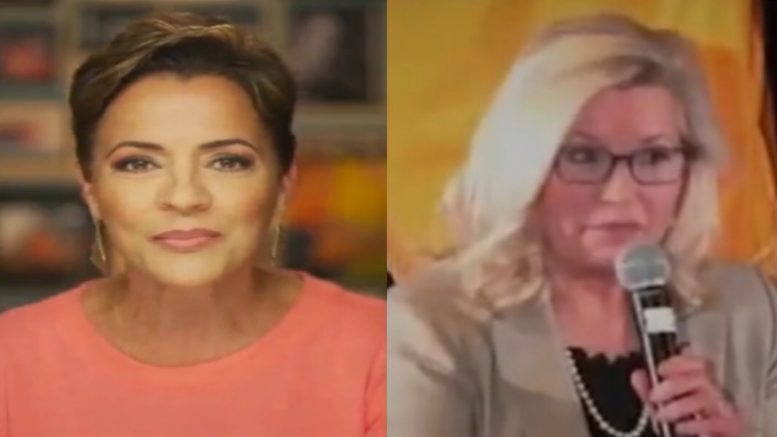 Her remarks came during a Sunday interview on “Fox & Friends Weekend” after the Wyoming congresswoman released a 30 second ad in Arizona on Friday from her PAC, The Great Task, targeting Lake and the GOP nominee for secretary of state, Mark Finchem. The ad is part of an over $500,000 media buy.

“She is gonna be our best fundraiser yet. We have raised hundreds of thousands of dollars since her ad started and since we put that letter out,” Kari Lake said.

Lake was referring to a letter she wrote Friday to Cheney, mocking the Wyoming congresswoman’s negative ad blitz aimed against her and thanked Cheney for her “generous in-kind contribution” to her campaign.

“Thank you again for the huge boost to our campaign. Enjoy your forced retirement from politics,” Lake wrote in the letter, referring to Cheney’s defeat in her primary to Harriet Hagerman, a Trump-backed candidate. “I know America will rest easier knowing that one more warmonger is out of office.”

The Arizona Republican gubernatorial nominee said, during Sunday’s interview, Cheney “is hated by both sides right now”, and telling Fox News, “We’re actually bringing Democrats to our movement right now. They don’t like Liz Cheney either.”

“And for her to think that she can come into Arizona to try to influence this election it’s comical, it’s sad, and a little bit scary,” Lake expressed.

She added: “I think the scariest costume you could put on for Halloween would be Liz Cheney. You’ll get no candy at anyone’s door”.

For @Liz_Cheney to think she can come into Arizona & try to influence this election, it's comical, sad & little bit scary

This Halloween, imagine opening your door & seeing Liz. The only thing scarier is the thought of @katiehobbs being our Governorhttps://t.co/Rk4FlDA1CH pic.twitter.com/6JSBX2RTkE

Lake also told Fox News what she plans to do on “day one” as Arizona governor.

@KariLake: “Someone’s gotta stand up and protect the people of Arizona, and that’s what I plan to do starting on Day 1.” pic.twitter.com/oThux557Q1

Related: Kari Lake to CNN: ‘I’m not Going to Lose This Election–I’m Gonna Win the Election & I Will Accept That Result’