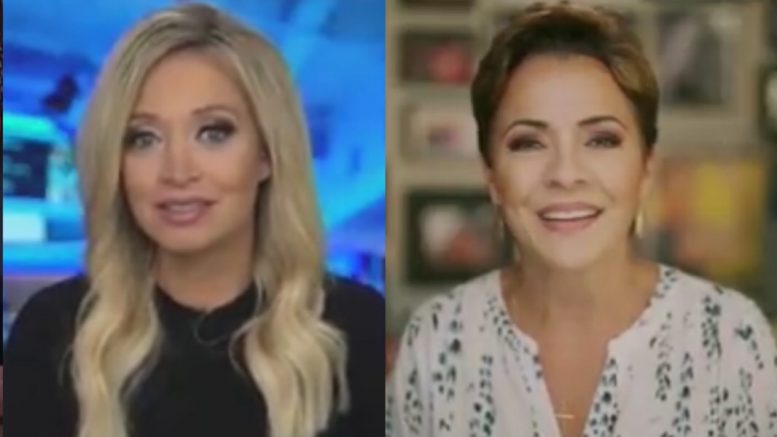 Arizona gubernatorial nominee Kari Lake told Fox News’ Kayleigh McEnany that she “took a page out of” her “playbook”, likely referring to when the former White House press secretary called out reporters during briefings, under the Trump administration, for their selective and one-sided coverage over a range of subjects and matters.

“I took a page out of your playbook, Kayleigh. You really did show us how to do it and turn the table on these hypocrites in the fake news,” Lake told McEnany.

“People aren’t watching them anymore,” Kari Lake said before pointing out that local channels in Arizona have “no viewers watching …  for pushing propaganda”.

The Arizona gubernatorial nominee thanked McEnany for “showing us the way” in dealing with the press, saying that she’s “always on offense” due to her father being a football coach.

“We have nothing to be defensive about, because we love this country. We have the common sense ideas to get through some of the problems we’re facing, and it’s gonna take we the people and some outsiders who aren’t a bunch of career politicians to get us out of this mess,” Lake added.

Republican nominee for Arizona Governor @KariLake spoke to me about taking on the liberal media.

Check it out below & join me tonight on @foxnation at 6pm ET for Kayleigh’s Midterm Countdown! pic.twitter.com/NWVASJRZMh