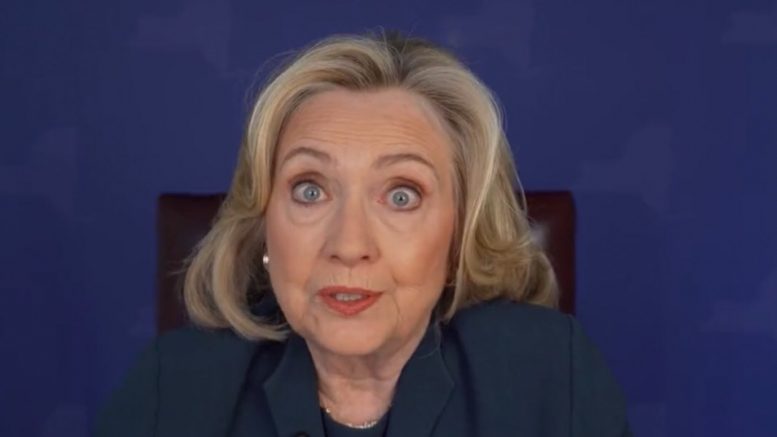 Twice-failed Democratic presidential candidate and election denier Hillary Clinton is claiming that the Republican party is engaged in a plot to rig the 2024 presidential race, alleging conservatives are “literally” planning to “steal” the election from voters.

Clinton made the assertion in a video uploaded to social media last week. She was addressing members of the far-left Indivisible political action movement.

“I know we’re all focused on the 2022 midterm elections, and they are incredibly important,” Clinton said, “but we also have to look ahead, because you know what, our opponents certainly are.”

“Right-wing extremists already have a plan to literally steal the next presidential election and they’re not making a secret of it,” she claimed in the video, appearing to read prepared remarks.

The former secretary of state was likely referring to the pending Supreme Court case Moore v. Harper, in which the Court will consider how much power state legislatures possess under the U.S. Constitution when it comes to regulating and determining U.S. elections.

*taps microphone* And now an important message from Secretary @HillaryClinton!

We're all focused on winning the midterms and defending our congressional majorities. That’s critical. But we also must take the fight to MAGA Republicans at the state level: https://t.co/3JDygMc5T2 pic.twitter.com/HPNSvnqZsK

Earlier in the year, the Federal Election Commission fined Hillary Clinton’s 2016 campaign and the Democratic National Committee for lying about the funding of the infamous, and discredited, “Steele dossier” — used in a smear attempt against Donald Trump to spy on him and his campaign.

It’s worth noting, Hillary Clinton and Democrats have a history of denying election results:

Here’s something Joe Biden DOES NOT want you to see.