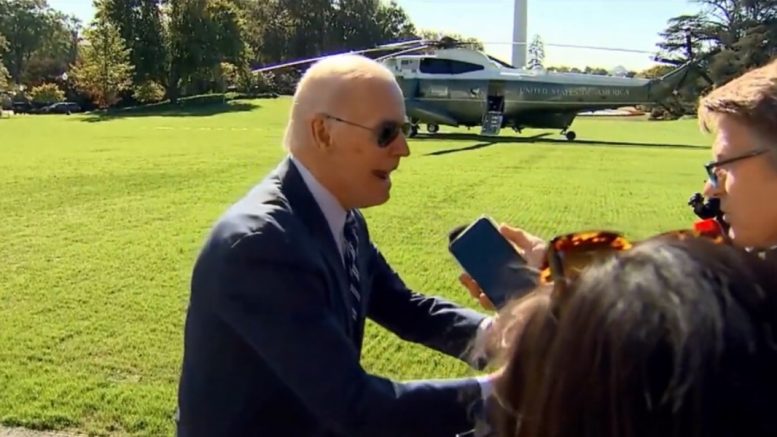 Joe Biden, on Thursday, appeared to become visibly flustered when a reporter asked the 79-year-old career politician “should there be any restrictions on abortion at all?”

Biden agreed “there should be” restrictions, but when questioned “what should they be”, the Democrat said, before appearing to put his hands on the reporter, “It’s Roe v. Wade. Read it, man! You’ll get educated.”

Roe v. Wade, however, was struck down by the Supreme Court in June and sent back to the states in a 6–3 ruling.

Reporter: “Should there be any restrictions on abortion at all?”

Biden: “Yes. There should be.”

Reporter: “What should they be?”

Roe v. Wade did not put any restrictions on abortion unless a state limited it and the Democrat bill to “codify” Roe would remove every state pro-life law in America so this senile geezer has no idea what he’s talking about.

President Biden vowed Tuesday to introduce legislation codifying abortion protections as his first bill in the next Congress if Democrats keep control of the legislative branch. Biden made the announcement during a Democratic National Committee event in Washington.

While the issue has galvanized many voters, it remains less pressing than inflation and the economy in polling.

A Monday poll from The New York Times found that roughly 26% of voters said the economy is their most important issue, followed by inflation and cost of living at 18%. Abortion came in third, but at just 5%. Immigration also landed at 5%, while crime rounded out the top five at 3%.