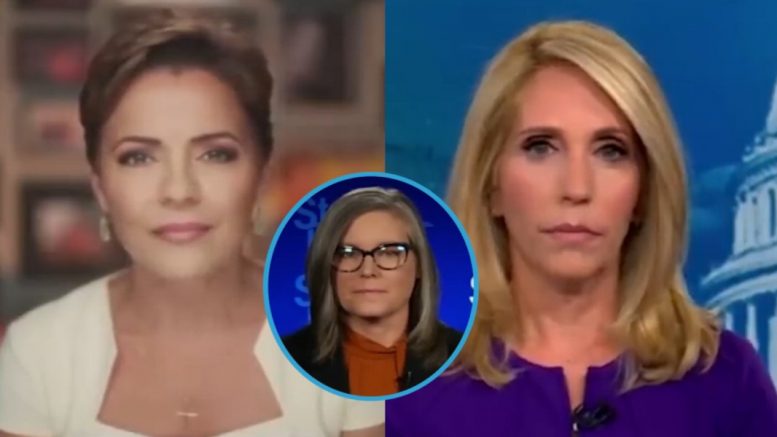 Arizona Republican gubernatorial candidate Kari Lake, during a Sunday interview on CNN’s “State of the Union”, told host Dana Bash that she is going to win next month’s midterm election, beating her Democratic opponent, Katie Hobbs.

Bash asked Lake if she would “accept the results” of the Arizona gubernatorial election, prompting the Republican candidate to tell the CNN host that she is going to “win the election” and “will accept that result”.

“I’m not going to lose this election. … I’m gonna win the election and I will accept that result,” said Kari Lake.

Kari Lake: "I am going to win the election, and I will accept that result." pic.twitter.com/OX5pFgYfEy

According to local KTAR News, Lake has taken a lead over Hobbs in a new Phoenix-based poll which shows her at 47 percent over Hobbs’ 44 percent.

Lake has repeatedly said that she would debate Hobbs, but the Democrat gubernatorial candidate has refused to face her opponent.

Recently, speaking at a campaign event, Lake challenged her Democrat opponent to a debate her, even if it means appearing on ABC’s “The View” — with liberal hosts Joy Behar and Whoopi Goldberg as moderators.

🚨 DEBATE CHALLENGE 🚨 @KariLake asks @KatieHobbs to join her on @TheView with @JoyVBehar & @WhoopiGoldberg as moderators pic.twitter.com/ONWioF7uS5

Related Article: WATCH: Kari Lake Torches CNN Correspondent Outside of Event: ‘The People Don’t Like What you Guys are Peddling, Which is Propaganda’