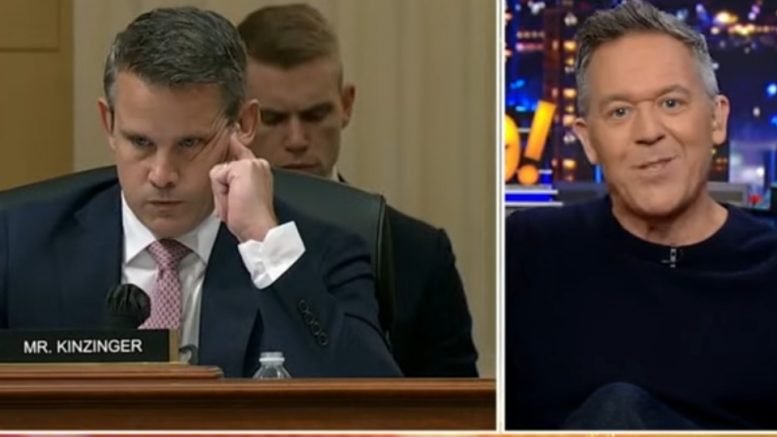 Greg Gutfeld suggested that ongoing hearings by the Congressional Select Committee investigating the January 6th insurrection will only help 45th President Donald get re-elected, which would be an adverse effect of what they are trying to accomplish.

The Fox News host explained his thoughts in wake of the committee’s decision to subpoena Trump in regards to the January 6th attack.

Gutfeld stated as follows during his Friday night program:

“Surveys tell us what everyone cares about — it ain’t Jan. 6th. It’s the economy. It’s crime…. and here’s why:

“January 6th is not eating away at your retirement fund, it’s not mugging people on the subways, it’s not killing people by the tens of thousands like fentanyl and it’s certainly not elevating possibility for nuclear war as we pour billions into a conflict thousands of miles away.

“…Each one of those things is an urgent matter. People are dying on the streets, in their beds and soon maybe everywhere else. They have us so close to a nuclear disaster, you can practically taste the plutonium.

“…But January 6th — that’s their concern, that’s their Hail Mary. No wonder why so many are leaving the party like the keg is empty and the cops just showed up.”

Gutfeld went on to predict that the political theater surrounding the January 6th committee is going to “backfire like Eric Swalwell after an extra large bean burrito.”

“It’s not going to jail Trump, it’s going to get him re-elected,” declared Gutfeld. “And here’s why. Anytime you watch the hearing, you see the committee was more stacked than Dolly Parton playing Jenga and it’s bursting with contempt fro Trump and his supporters — a witch hunt armed with preordained conclusions and empowered with unlimited time and effort all on the tax payers’ dime, which is now worth only three cents since Biden took office.”

“They’re having a trial where the prosecution and judges are on the same side and opposed by no one,” he added. “And it just validates Trump supporters’ suspicions that the fix was in and the fix and the fix was always in…. So the Dems were right, the hearings are going to anger some Americans, but not in the way they think. People don’t swallow B.S.” Video Below