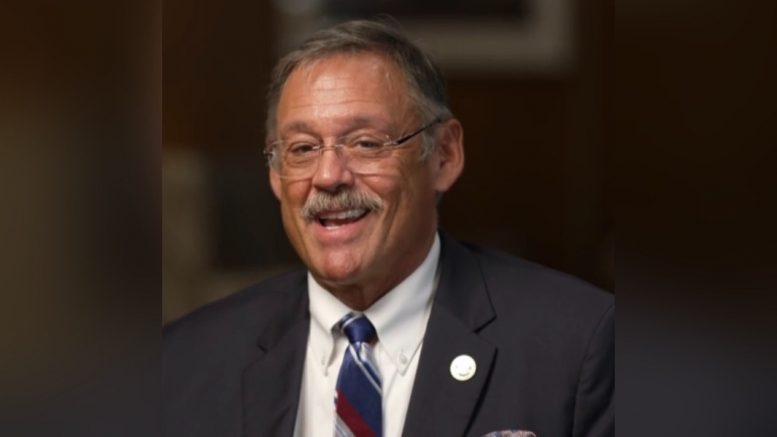 The National Border Patrol Council (NBPC) has endorsed Arizona State Representative Mark Finchem (R) in his bid to serve as the the Grand Canyon State’s next secretary of state.

Union President Brandon Judd said Finchem “is the only candidate who will work to better the great state of Arizona” because of his “proven history of protecting Arizonans”, as opposed to Finchem’s Democratic opponent, Adrian Fontes, who the union believes “supports lawlessness and open borders”.

The National Border Patrol Council is deeply familiar with Arizona’s border security challenges, and we have closely studied each of the Arizona Secretary of State candidates. After careful consideration of the candidates and their plans, we are convinced Mark Finchem is the only candidate who will work to better the great state of Arizona.

Mark supports finishing the wall and voted to deliver the necessary manpower, surveillance technology and resources to secure our border and keep Arizonans safe. Secretary of State is the second highest office in the state and must fill in for the governor during an absence. It is vitally important that we elect Mark Finchem, who has a proven history of protecting Arizonans and looking out for their best interests.

Mark’s opponent, Adrian Fontes, supports lawlessness and open borders. Adrian is too dangerous to be Secretary of State. Please support law and order by voting for Mark Finchem.

Finchem expressed his gratitude for the endorsement from NBPC, telling Arizona voters he “will always secure our border”.

“Honored to have the endorsement of the National Border Patrol Council! Thank you for your support. I will always secure our border!” he wrote on Twitter Tuesday.

In the latest Trafalgar poll, conducted last month, Finchem holds the lead ahead of Fontes for secretary of state in November’s election.

Finchem believes “every state is border state now”, because “the federal government is actually trafficking human beings from Arizona, New Mexico, Texas into the interior of the country”.

The Arizona state representative was a co-sponsor for HB 2696: Expands Prohibition on Human Smuggling, which was signed by Governor Doug Ducey in April.

NBPC is proud to support @RealMarkFinchem for Arizona Secretary of State. We need people like Mark in leadership positions and we trust him to do the right things for Arizonans after he's elected. pic.twitter.com/AdR7cxhJlE

Honored to have the endorsement of the National Border Patrol Council! Thank you for your support. I will always secure our border! #AZSOS #AZGovhttps://t.co/HHGfgUu58K pic.twitter.com/MfMHY37tZ2

Mike Pence Stands Firm Behind Trump As The Shutdown Nears Two Weeks: ‘No Wall, No Deal’