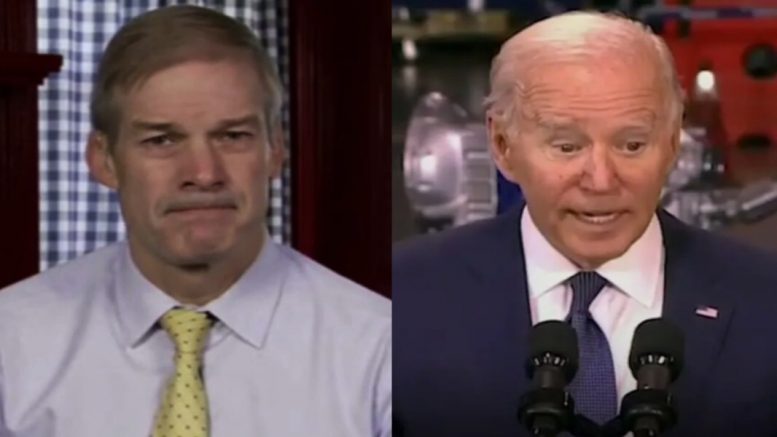 Rep. Jim Jordan (R-OH) weighed in over the matter, speculating that prices for goods will “go even higher”, should the union members refuse to work.

The Brotherhood of Maintenance of Way Employees Division of the Teamsters rejected the deal on the grounds that management refused to offer paid time off to workers for sickness or family emergencies, Charlie Spiering at Breitbart reports.

“The majority of the BMWED membership rejected the tentative national agreement and we recognize and understand that result,” Union President Tony D. Cardwell said in a statement. “I trust that railroad management understands that sentiment as well. Railroaders are discouraged and upset with working conditions and compensation and hold their employer in low regard.”

“Railroaders do not feel valued. They resent the fact that management holds no regard for their quality of life, illustrated by their stubborn reluctance to provide a higher quantity of paid time off, especially for sickness. The result of this vote indicates that there is a lot of work to do to establish goodwill and improve the morale that has been broken by the railroads’ executives and Wall Street hedge fund managers,” Cardwell said.

He said the union would continue negotiating with the rail companies until five days after Congress reconvened on November 14.

Congressman Jim Jordan reacted to the situation, wondering if a strike is “imminent”, warning Americans to “get ready” for higher prices.

“If so, get ready for prices to go even higher,” he wrote on Twitter Tuesday.

Related: Biden on Americans Concerned about Freedoms Being Compromised by Mandates: ‘What’s the Big Deal?’